Before he had the hippest hair in Daughtry, Josh Paul (aka J.P.) was the coolest kid in his second grade class.

When he was seven, Paul played drums in Don Henley’s “Boys of Summer” video. Paul – who grew up in Venice, CA drumming in his grandfather’s Dixieland band – bonded with the superstar during the video shoot. “We hung out some after that,” he says. “He showed me cool things about drums and took me to the studio where I got to watch him work. I was too young to appreciate how generous he was with his time, but he really taught me a lot about music and life. It was an invaluable experience I’ll never forget.”

Thankfully, Paul’s music career didn’t peak in grade school. As a teenager, he turned his focus to bass, playing with older bands and earning a bass endorsement at the young age of 15. Two years after that Paul joined Suicidal Tendencies, recording several albums with the seminal skate-punk band and its spin-off Infectious Grooves. In 2002, after six years, he left both bands. “Punk had such a huge impact on where I was growing up, so being a part of that band was really a dream,” he says. “It was a hard decision to leave, but I wanted more time to focus on making my own music and producing other artists. Plus, I was looking for the challenge of playing different kinds of music with other bands.”

During the years that followed, Paul recorded and toured with a diverse collection of musicians, including metal scion Kelly Osborne, rapper-singer Everlast, Australian electronic duo The Veronicas and DJ Samantha Ronson. “Every project pushed me in different directions and allowed me to grow musically, but they didn’t give me the creative outlet I really wanted,” he says.

When he joined Daughtry in 2006, Paul found what he was searching for, a creative environment that encouraged and valued his musical contributions. “This is Chris’ band, but he never makes it feel like it’s his band. It’s a collaborative effort and we all have a voice in the music. This band really is something special.”

Daughtry recalls the moment he met J.P. at the auditions. “I saw the mohawk and tattoos when he walked in, and I was sold before he played a note,” he says laughing. “When he started, it was obvious he was born to do what he does. He makes it all look so effortless.” 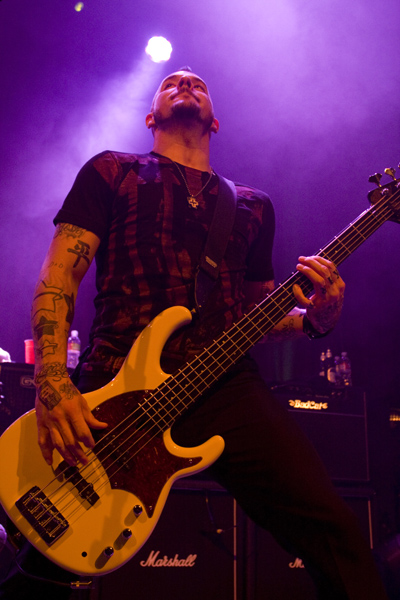