James Hetfield is probably one of the most recognized figures in the world of rock and metal, being the co-founder, main songwriter, and vocalist/rhythm guitar player for Metallica.

Hetfield has been a major endorser of ESP guitars since the 1980s, and is best known for playing custom-made Explorer-style guitars with the EMG-81 inthe bridge and the EMG-60 in the neck and most recently collaborated with EMG founder Rob Turner on his signature EMG-JH Set. Hetfield's main guitar from the early days was a Gibson Flying V, used almost exclusively until about 1984 when he switched to the Gibson Explorer model.

Metallica's latest release, Death Magnetic, went #1 on the Billboard charts in over 30 countries during its first week of release. On April 4, 2009, James along with remaining Metallica members Lars, Kirk and Robert, were inducted into the Rock And Roll Hall Of Fame. 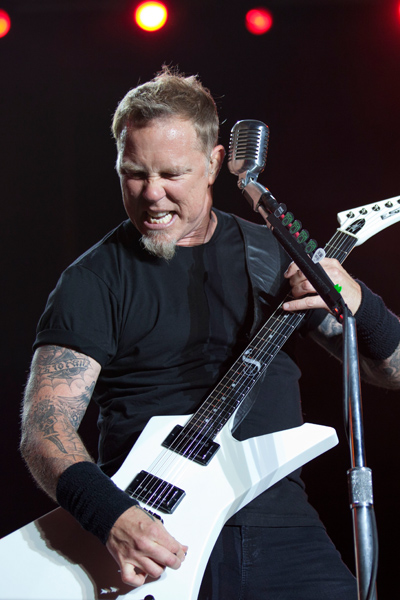 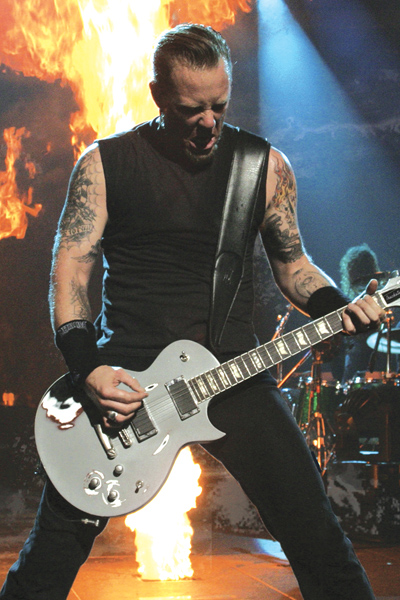