"Currently I am using the EMG 60-7x in the neck and the 707x in the bridge of my ESP H1007-ET. I believe this is the perfect combination of pickups in a guitar. It is incredibly aggressive but cleans up wonderfully when I need to roll the volume back for more intimate moments. "

My name is Vahan Aslanyan and I am an Armenian American song writer, guitarist and audio engineer. I was taught music from a very young age since my entire family were music teachers. Originally, I started off on the piano, and even though I was never the biggest fan of that instrument it helped me later on in my musical career tremendously. At the age of 16 I discovered the guitar and it was a wrap! I was sold! During my teen years I began gigging in various bands at venues in my small city of Victorville, California. Eventually I moved to Los Angeles where I joined the band Cartographer, and started my solo project Infinites.

When I began playing guitar I remember my first instrument was an Ibanez RG, and it was loaded with their stock pick ups. My guitar teacher at the time would always mention how much EMG’s rule and that I had to get myself a set. So I did just that. I ended up selling my guitar and buying an LTD flying V with EMG 81 and 85s. I was stoked! The tone was powerful and it opened my eyes as to how a guitar can literally transform with the right pick ups in it. Since then, as I progressed in my musical career, I always had a guitar that was loaded with a set of EMG’s.

Currently, our band Cartographer is gearing up to release an EP with two singles already out. We write, produce, and engineer all of our songs on our own which really helps us stand out from the crowd of metal/rock bands. I also release music for Infinites at a steady rate which is usually a blend of progressive metal and some of my Armenian roots. As well as write music for Tv/Film. Music is always being written in our camp and you can bet that there is a set of EMG’s at the studio at all times. 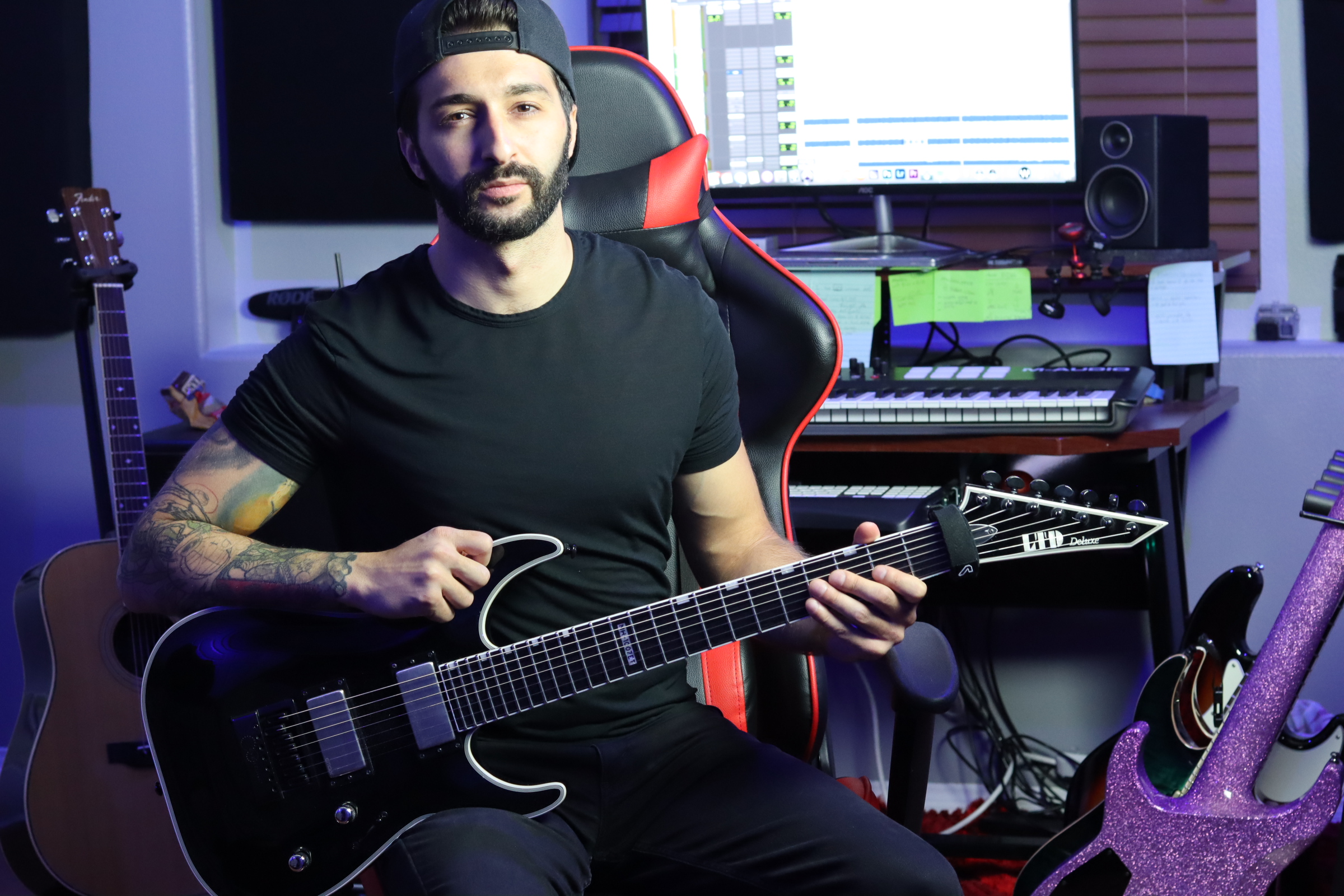