I've played EMG pickups pretty much all my life ever since I got my first pro guitar when I was about 17 years old. It was the green Jackson Dinky and it had the EMG 81&85 set. I played this guitar a lot and coupled with the EMGs it shaped my style and sound. I used it in many recordings including the first two Ensiferum albums and the first Wintersun album. Actually all the albums I've ever done, EMG pickups were used.

After that I played the Ibanez Jem and other Ibanez guitars for many years and EMG pickups were a must install for every single one of them! Nowadays I'm playing and endorsing the Daemoness Guitars, smaller custom shop from the UK. They make insanely crafted and beautiful guitars with only perfection in mind. Exactly my cup of tea! And of course EMG pickups are going to every one of my Daemoness guitars as well.

Here and there I experimented with other pickups, but nothing ever beat the EMGs. The EMG 81&85 set has always been my home, but recently I did an extensive testing of different pickups and made a Youtube video about my findings. I came to the conclusion that EMG 81 and 57 were my absolute favorites. After this test I still tried the James Hetfield signature set, called the Het Set and I absolutely fell in love with it. It's aggressive, it's got tight bass and attack, it's fast like a machine gun with a very balanced and smooth EQ. Hetfield and EMG know their shit! While the EMG 81 is still a legend and the 57 brutal as hell and I could play any one of them, the Het Set is godlike!

It's nice to have all these EMG colors in my palette, but I think the Het Set is gonna get a lot of recording time on the future Wintersun albums! 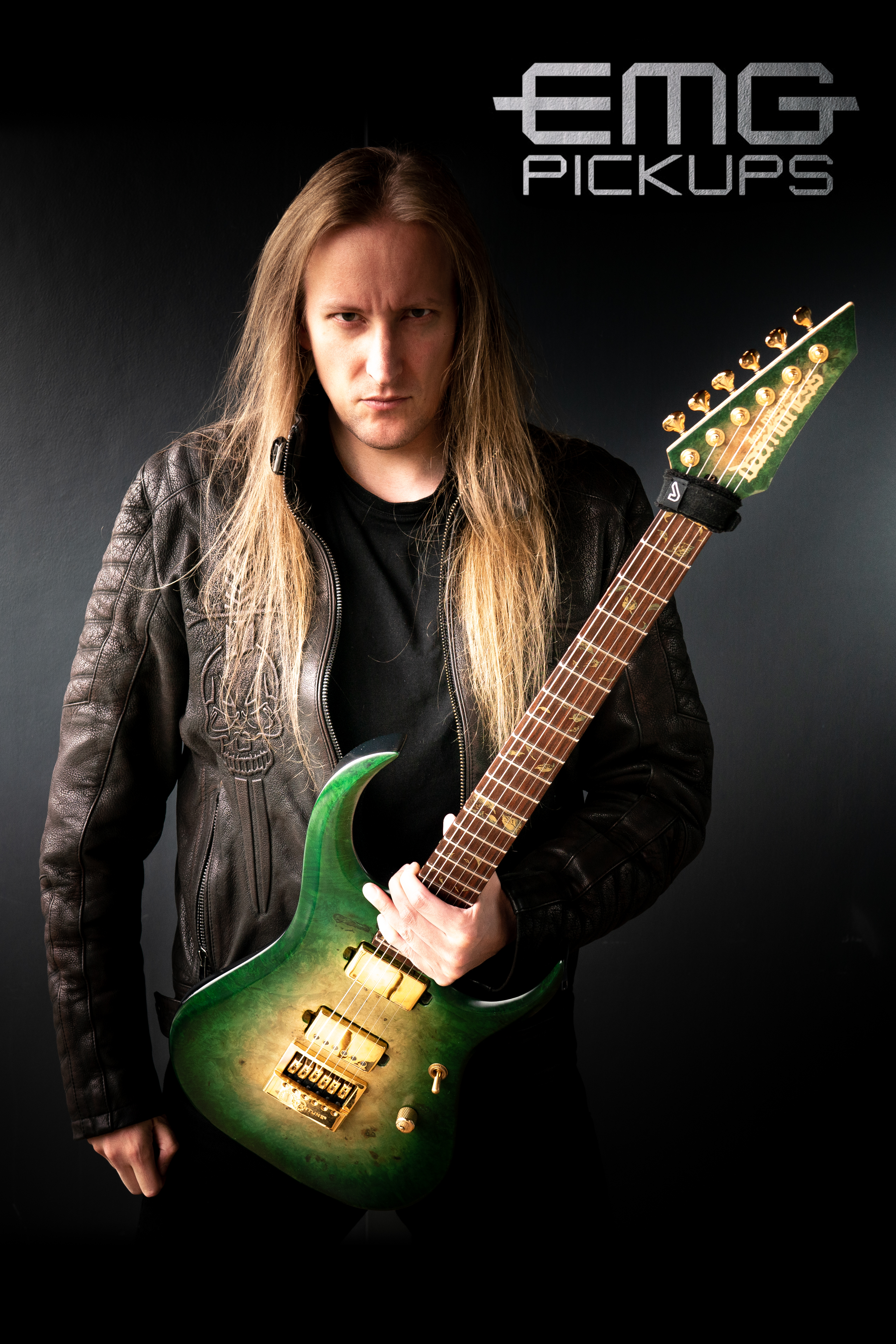