"“EMG pickups are absolutely incredible!! With an experience of 10 years of playing and trying out different gear I am more than happy to settle this endless hunt for tone with EMG pickups for they bring out true attack and brightness in extreme bass playing beyond life, I have never been able to make every single note punch through the mix of recordings or live sets easy without the use of EMG’s.”"

Hailing from Southern California, Cranial Engorgement has been surfacing to the top with a sheer aggressive force combining the elements of old school and modern death metal into play. The band has been terrorizing Southern California for numerous years before finally being able to take the death metal trifecta overseas with pure strength, brutality and overall impressive tone and now gaining a global reputation for their unique blend to the underground world of extreme metal in today’s times.

Bass player Tyler Contreras has set the bar very high with his impressive right hand two finger attack matching easily any speed thrown his way, multi finger tapping and being able to throw into the mix difficult bass lines that drops jaws to all who hear or witness this. With his impressive playing and high end quality gear he has earned himself an official endorsement with Spector Basses, using both the Spector Euro 5lx AW loaded with EMG 40 DC Active Pickups and as well as a Spector Euro 6lx loaded with EMG CS TW Active Pickups he is able to continue pushing a raw talent of brutality and sharp tone that is crystal clear to the ears of all who hear. His bass tone with ease is able to tear through any mix of audio recordings and live performances even while being behind the sound of intense machine gun drumming, heavily distorted guitars and rapid multi vocal attacks it is without a doubt that the combination of his basses and EMG’s rival the best of any extreme bass players and bands within the extreme side of the metal genre.

Cranial Engorgement has broken through the surface with their latest works “Horrific Existence”, this album contains impressive artwork from Par Olofsson (Immolation, Abysmal Dawn, Brain Drill), guest vocals from John Gallagher of Dying Fetus and recorded at Null Studios and mixed and mastered by John Haded of Trench Studios (Abysmal Dawn, Intronaut, Condemned). With a massive album appearing out of the blue from the band many people were not expecting an album as huge as this to come from the band after being delayed on the album for 5 years with only 1 EP released, with all that time, dedication and patience it definitely got them recognized globally. The tone on the album is impressive and the use of Tyler’s combination of his Spector Euro 5lx AW with EMG 40 DC Active’s has made his bass with ease able to punch through the mix of things to the point that almost every single note can be heard throughout the entire album. Tyler Contreras has even done a bass instrumental on the album that was highly enjoyed by the fans of the band, the combination of his bass tone, the bass instrumental, maddening riffs and even his insane use of throwing his own mix of bass riffs separate from what the guitar is doing has made this album highly regardable for all bass lovers of the metal genre appreciate this band even more to the point they were highly requested overseas and got to dominate European countries with their music, raw talents and overall impressive tone alongside death metal giants Defeated Sanity and Putrid Pile. Be on the lookout for the band as they set things up for a special release and second full length in the works as well as a few festival appearances and more massive tours soon to come. 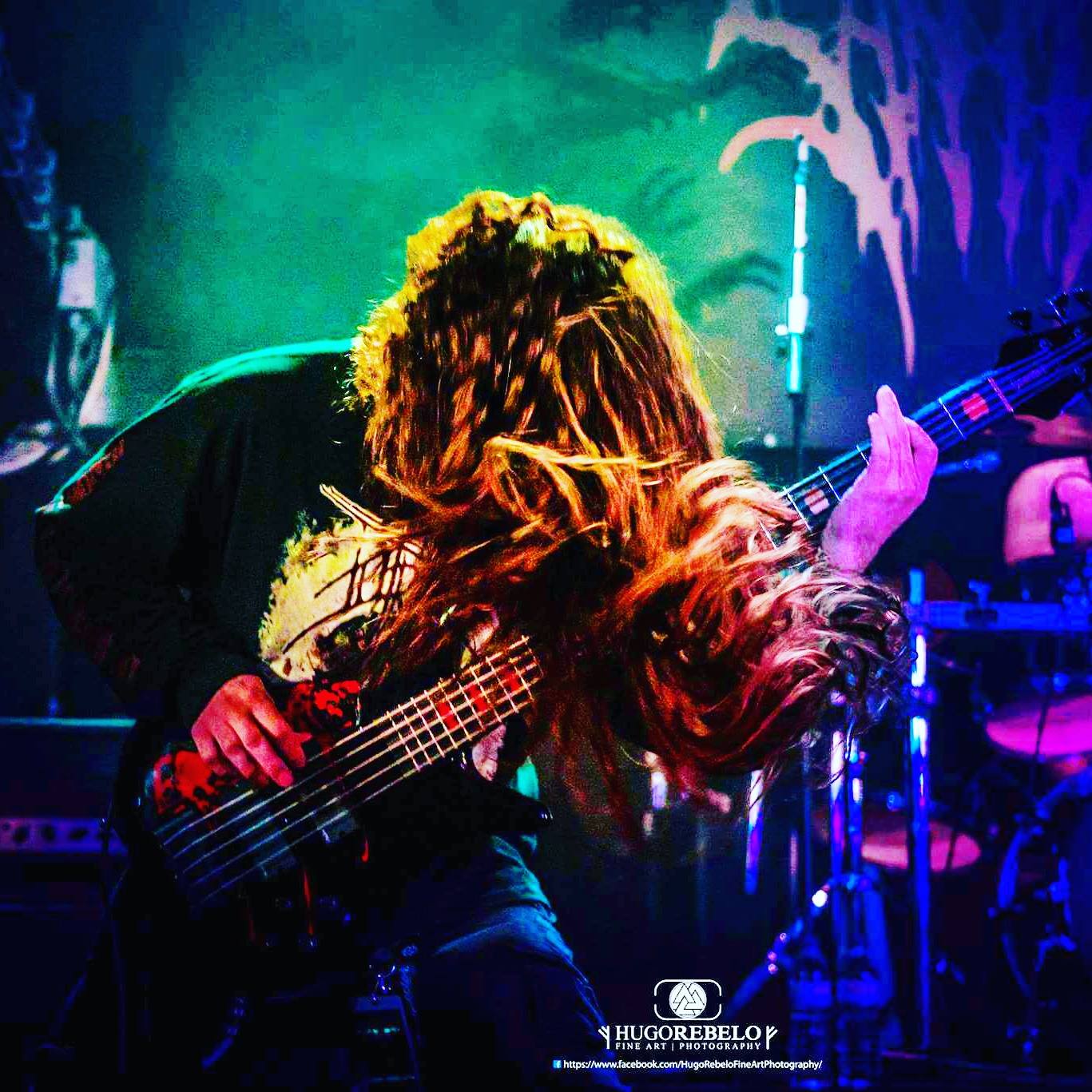 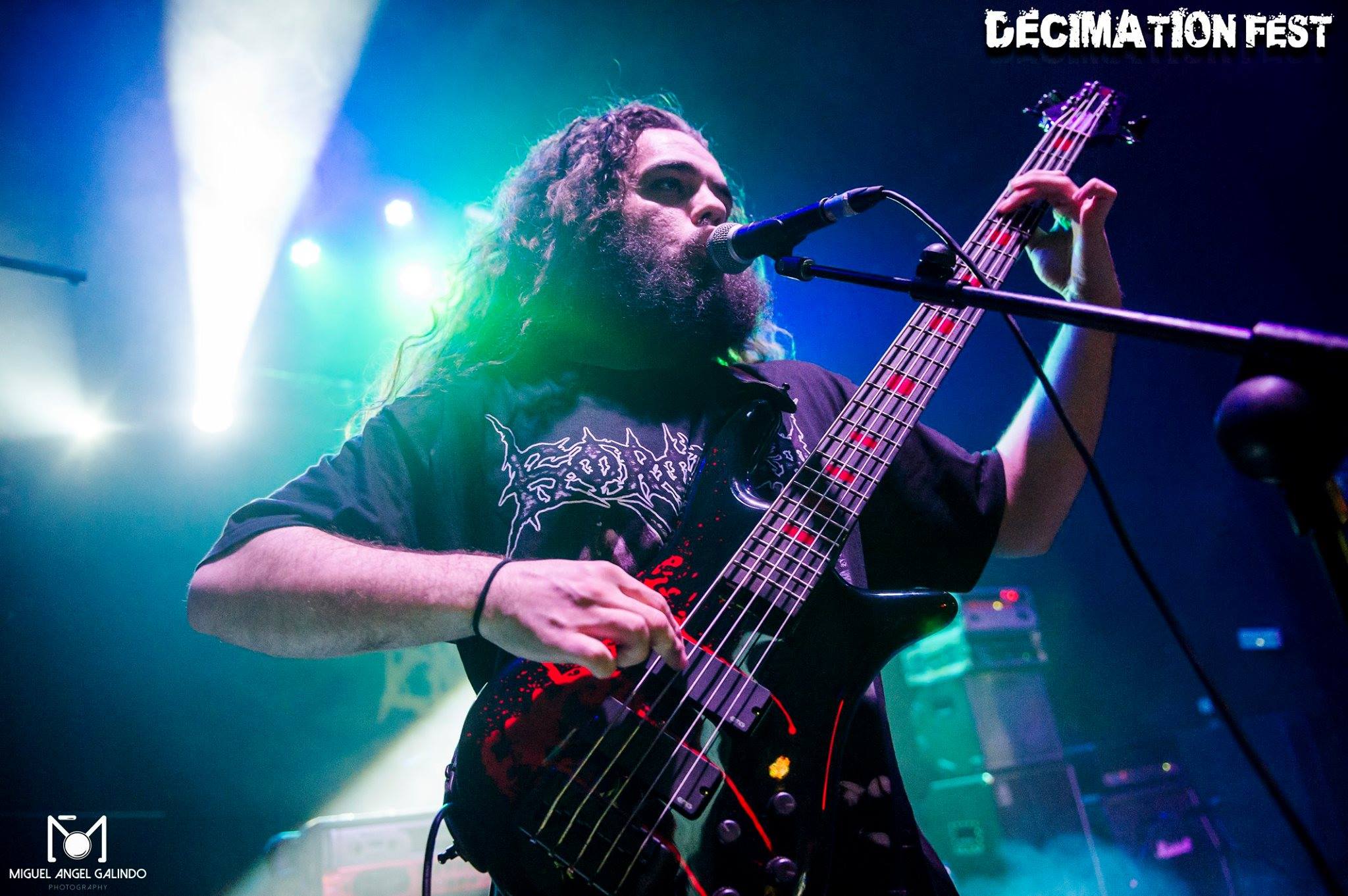