""EMG pickups give me exactly what I need when it comes to getting a crushing tone, in the studio or live on stage. Whether it's a crystal clear clean sound, tight and punchy rhythm tone, or soaring leads, I can always count on EMG to deliver. Whatever I play, the tone needs to be intelligible and come across perfectly in every setting, and EMG helps me execute that tone.""

"Jeff Pogan is a guitarist, producer, recording engineer and song-writer based in Southern CA. He is the guitarist of crossover-thrash band Suicidal Tendencies and progressive-instrumental band Oneironaut.

Jeff grew up in a musical household in Clifton Park, New York. As a child, and the son of an music producer, he was lulled to sleep every night by the sound of hardcore, metal and progressive music being tracked and mixed in the basement. At the young age of 10 he got his first guitar and has been addicted ever since.

He released his first self-titled record with his band Oneironaut (2015), then immediately started working on Suicidal Tendencies' record "World Gone Mad" (2016) as a recording engineer. Shortly after the start of production, Pogan joined Suicidal Tendencies full time as the rhythm guitarist.

Jeff uses EMG 57/66 pickups in his 6 and 7 string Ibanez guitars to achieve his tight rhythm and soaring lead tones." 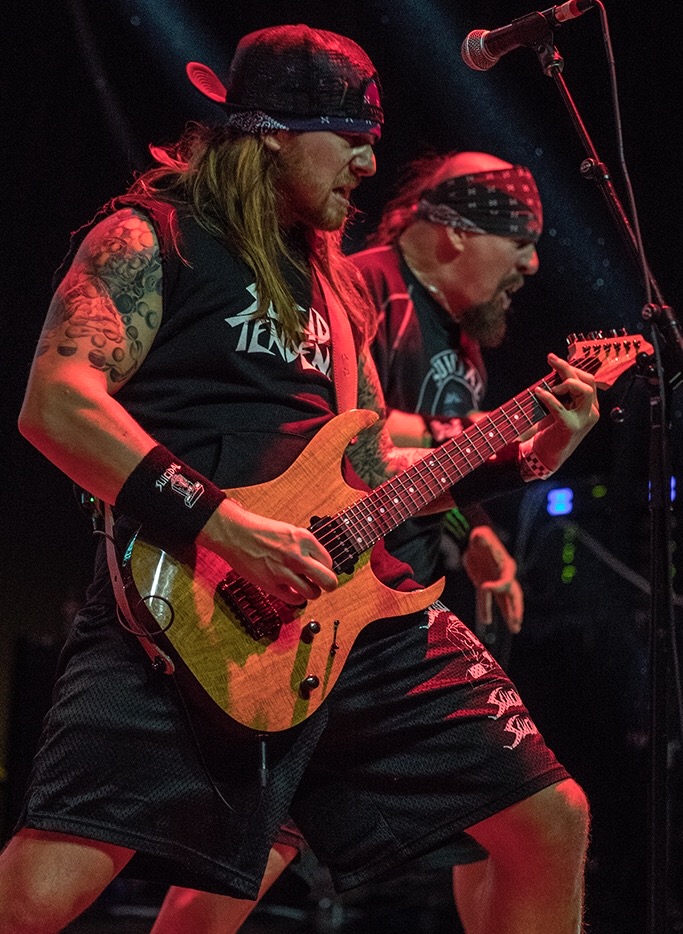