"“I have used EMG PJs since my first bass as a teenager and have never found another set up that even compares to the tonality and control I have live and in the studio with my basses.”"

Kyle Sokol is an American bassist based out of Saint Petersburg, FL. He is known for his style of bass playing that mostly consists of fast technical bass lines along with upright and fretless work. Currently Kyle plays in several original musical projects to include King Of Denmark, Rude Squad, Sectioned and Trace of Day. Each band is very different in style (Rock, Ska/Punk, Technical Death Metal, and Alt/Rock) and Kyle believes being open to all types of music will only grow you as a musician. The first thing most people notice is the position of his bass guitar while he is playing, it is much higher than the usual "electric bass player's" positioning.

When Kyle started playing bass at the age of 13, he was already into many styles of music and gravitated toward bands that had bass players who were a little out of the ordinary. One of the first virtuoso’s he started following was Victor Wooten. Listening to his early session work and also his first Flecktone album changed his playing style and perspective on what the bass could be, for life. Victor has always played with EMG Pickups and Kyle wanted that tone. Kyle bought his first set (PJ) of EMGs as a teenager and never went back. Victor and Kyle first met backstage at a show in 1993 and later on became friends through attending and working at Victor’s “Wooten Woods” Bass Camps. Over the years he has been exposed to all types of basses and electronics and none have compared to the tonality EMGs has given him from day one. 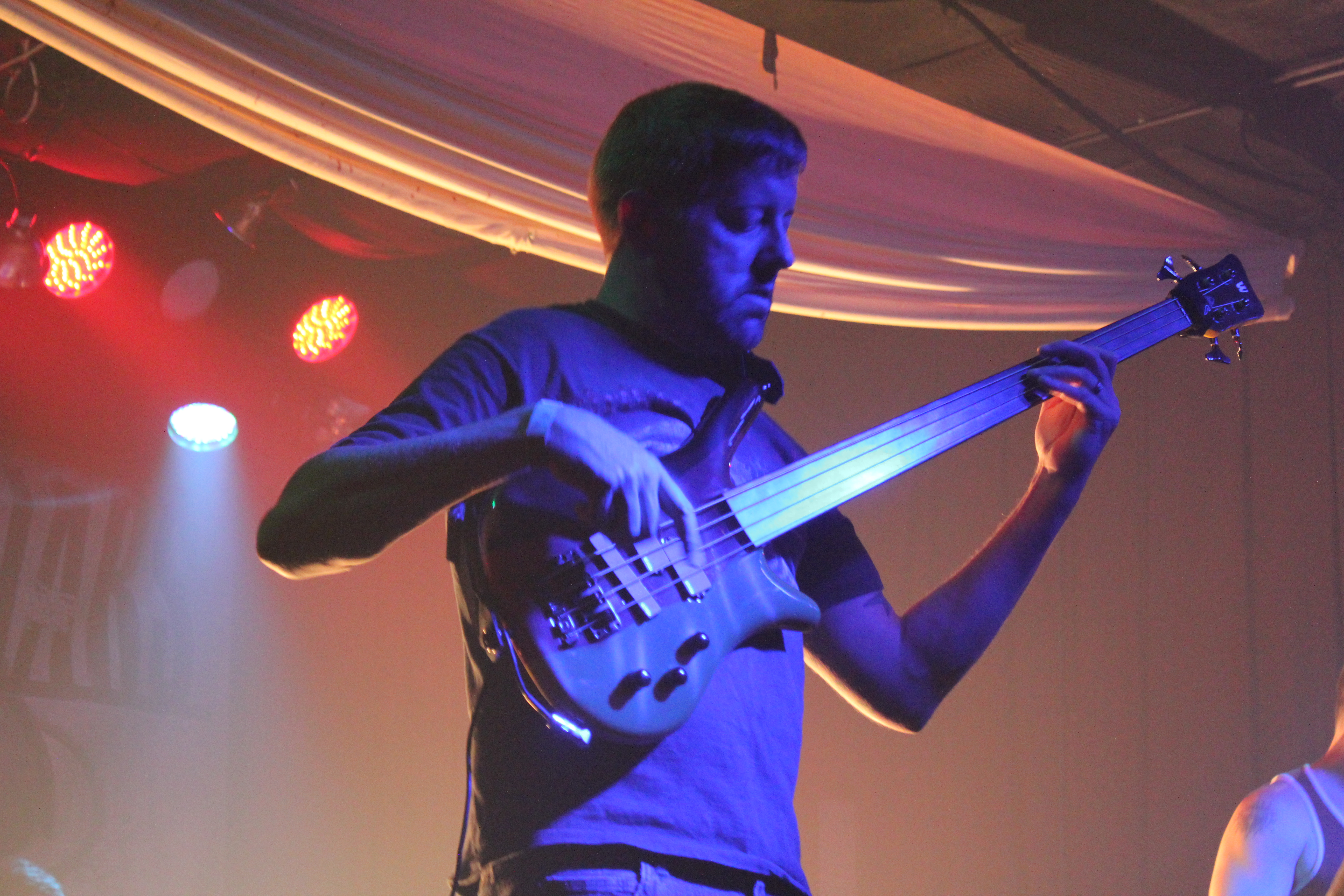