Kiriakos GP is a young talented session, solo musician from Greece, known as a professional virtuoso guitarist. Started playing the guitar at the age of 8, Kiriakos managed to become a high experienced musician while he took part in many guitar contests, clinics, live shows and supporting acts with great guitarists such us Paul Reed Smith, Gus G (Ozzy Osbourne, Firewind), Guthrie Govan and more. He used to be a member of the Elite Guitar Coaching academy under the leadership of professor Ioannis Anastassakis:

“I have known Kiriakos for over 10 years. I can honestly say he’s one of the most dedicated guitarists I’ve ever met” Ioannis Anastassakis

In 2014 Kiriakos was the first place winner of the Andy James guitar contest in YouTube: 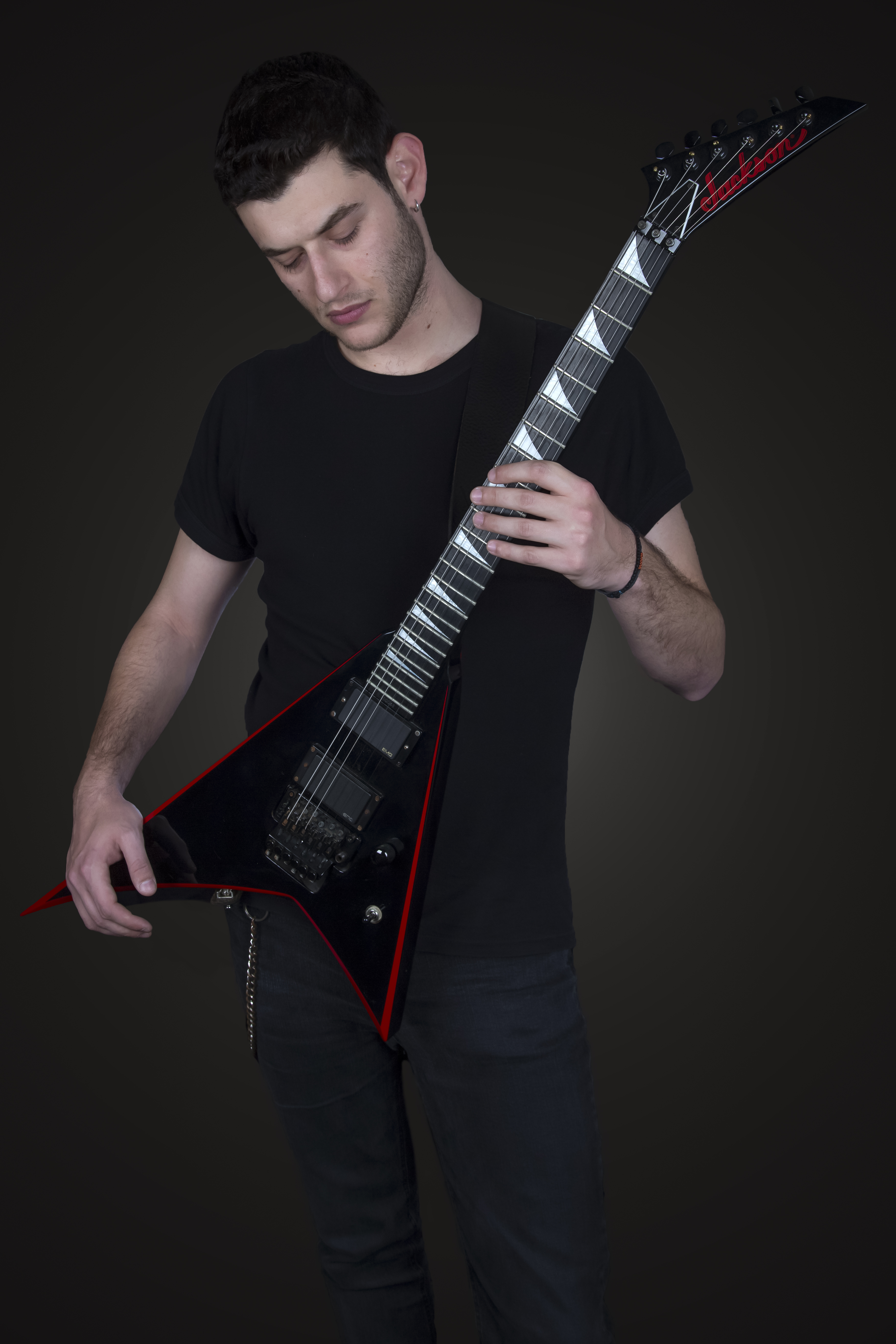