"I’m extremely excited to have the 57/66 set in my guitar, EMG pickups completely compliment the sound that I’ve always been striving to achieve! "

Zach Wilson is one of the guitarists for the Canadian Rock/Alternative Metal band CHOICES. Since the age of 11, Zach has always had a love and passion for writing soulful melodies. His goal as a young teen was always to someday perform music that couldn't exactly be pin-pointed to one specific genre. "All my life growing up, I've heard a lot of people react to metal music the same way; they always claim they enjoy the instrumental aspect but not the growling/screaming vocals." says Zach. "What my dream has always been, was to almost make heavy metal 'cool' again among pop culture. I firmly believe what CHOICES is doing now musically, with all clean singing could honestly help make that possible." CHOICES has an extremely diverse sound to them, due to the amount of different musical roots that lies within each member. From a pop/rock drummer, to an 80's rock influenced guitarist, a heavy metal driven guitarist, an old school punk/thrash bassist and an trained opera vocalist, the sound offers a diverse sound, and brings something new to the industry.

In the fall of 2014, CHOICES hit the studio to record their debut EP 'Paradise Lost' with Divine Realm’s bassist Tyler Brayton. Their debut EP has been an all around success. You can buy it online on over 90 different digital stores, and their featured track "Guilty As Me" has even received radio play in Canada. Zach stated, "I couldn't be more pleased with how this record's turned out. Tyler went above and beyond my expectations entirely with the production of this EP." Paradise Lost was recently released worldwide on May 21st 2015.

"Ever since I was a young ambitious teen shredding riffs in my bedroom, some of my all time favourite guitarists have used EMG pick ups. I'm talking about some of the all time greats such as Marty Friedman, Adam Dutkiewicz, Zakk Wylde, James Hetfield, and Oli Herbert just to name a few! This has always captivated my attention in recognizing EMG as THE pickup for the absolute best of the best. I’m extremely excited to have the 57/66 set in my guitar, EMG pickups completely compliment the sound that I’ve always been striving to achieve! I am absolutely honoured to be joining the EMG family!" 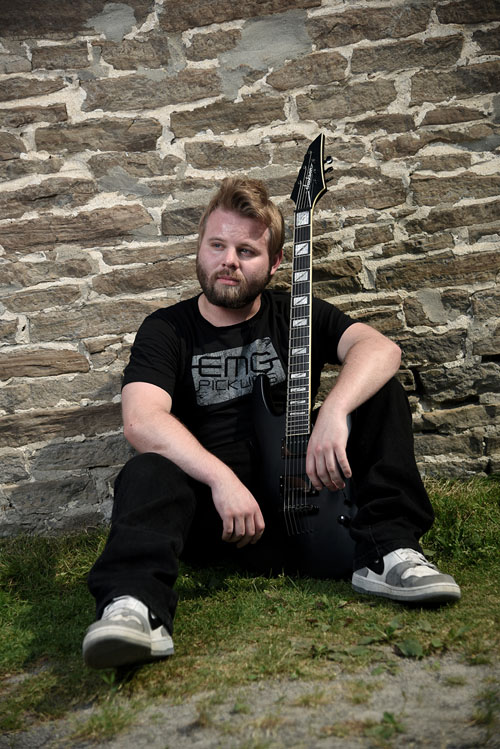