""EMG's bring the power and punch. To be honest, the only reason I have used my Avril Lavigne guitar for so long is because the 81 I had put in it makes it sound just killer!""

Since Matt and Derek had at one time both played in the Southern California band, DEPRECATED, it was easy for the two of them to begin collaborating on material for the first full length Decrepit Birth album “…And Time Begins”.

In Fall of 2002, with the help of friend Tim Yeung on session drums, they entered Legion Studios to begin recording. Almost a year later “…And Time Begins” was released on Unique Leader Records, with artwork by Dan Seagrave. Despite some production issues with the album, “…And Time Begins” managed to forge a very solid fan base in the death metal scene.

The band went through a dry period of playing no shows due to the lack of a drummer. Bassist Derek Boyer got the chance of a lifetime and was offered a full time position with death metal legends SUFFOCATION. That left Decrepit Birth with out a drummer or bassist.

During 2004, bassist Risha Eryavec stepped in and not long after that, drummer KC Howard of ODIOUS MORTEM officially joined the band as well. For the next couple years the new lineup played shows, festivals and a North American tour.

In 2007 the band took a break and began writing full time for the new album. They went through some lineup changes and also dealt with personal issues related to a past member. This conflicted the band, and brought about a spiritual overhaul. The result was a change in direction and sound.

The new music was becoming influenced by melodic and progressive compositions. The sound was more mature and catchy, while still maintaining the brutality Decrepit Birth is known for.

In spring of 2007, Decrepit Birth entered Castle Ultimate Studios with engineer Zack Ohren to begin recording for the sophomore album. In January 2008 the highly anticipated album “Diminishing Between Worlds” was released again through Unique Leader Records.

During that same month of January, Decrepit Birth embarked upon their biggest tour yet, opening for THE BLACK DAHLIA MURDER, THREE INCHES OF BLOOD, and HATE ETERNAL. With the addition of a second guitarist, Dan Eggers and bassist, Joel Horner (both of ODIOUS MORTEM) to replace Risha so he could focus on his family and job, the brand new line up played night after night of sold out shows throughout the United States.

Decrepit Birth was able to catch the attention of Nuclear Blast Records, which was a label the band really wanted to work with for years. After negotiations, they happily signed on with Nuclear Blast Records in spring of 2008. Later that year, the band toured Europe with CRYPTOPSY, as well a number of other North American tours with bands such as NECROPHAGIST, SUFFOCATION, DARKEST HOUR, WHITECHAPEL and VADER, among many others.

In the summer of 2010, Decrepit Birth released their 3rd full-length album called “Polarity” on Nuclear Blast Records. The album was well received by critics, and entered the Billboard “Heatseekers Chart” at #18, selling well over a thousand copies in the first week. They also joined forces with bands such as DECAPITATED, THE FACELESS and ALL SHALL PERISH on the 2010 North America Summer Slaughter tour. Right after the recording of “Polarity” drummer KC Howard was replaced by Samus Paulicelli (ex-ABIGAIL WILLIAMS, ELIMINATOR), and guitarist Dan Eggers was replaced by Chase Fraser (ex-ANIMOSITY, ex-SON OF AURELIUS). Eventually bassist Joel Horner would exit as well, which saw the return of Derek Boyer to the band, but because of his busy schedule with his main band, the bass position is shared with Sean Martinez (RINGS OF SATURN, ex-MALEVOLENT CREATION).

In 2011, the band signed a Management deal with Extreme Management Group (EMG), and is currently working on their 4th full-length album while at the same time touring heavily in support of the current CD. The band continues to push the boundaries of progressive death metal, and is working hard to forge their path into the future as one of the genre’s premier bands. 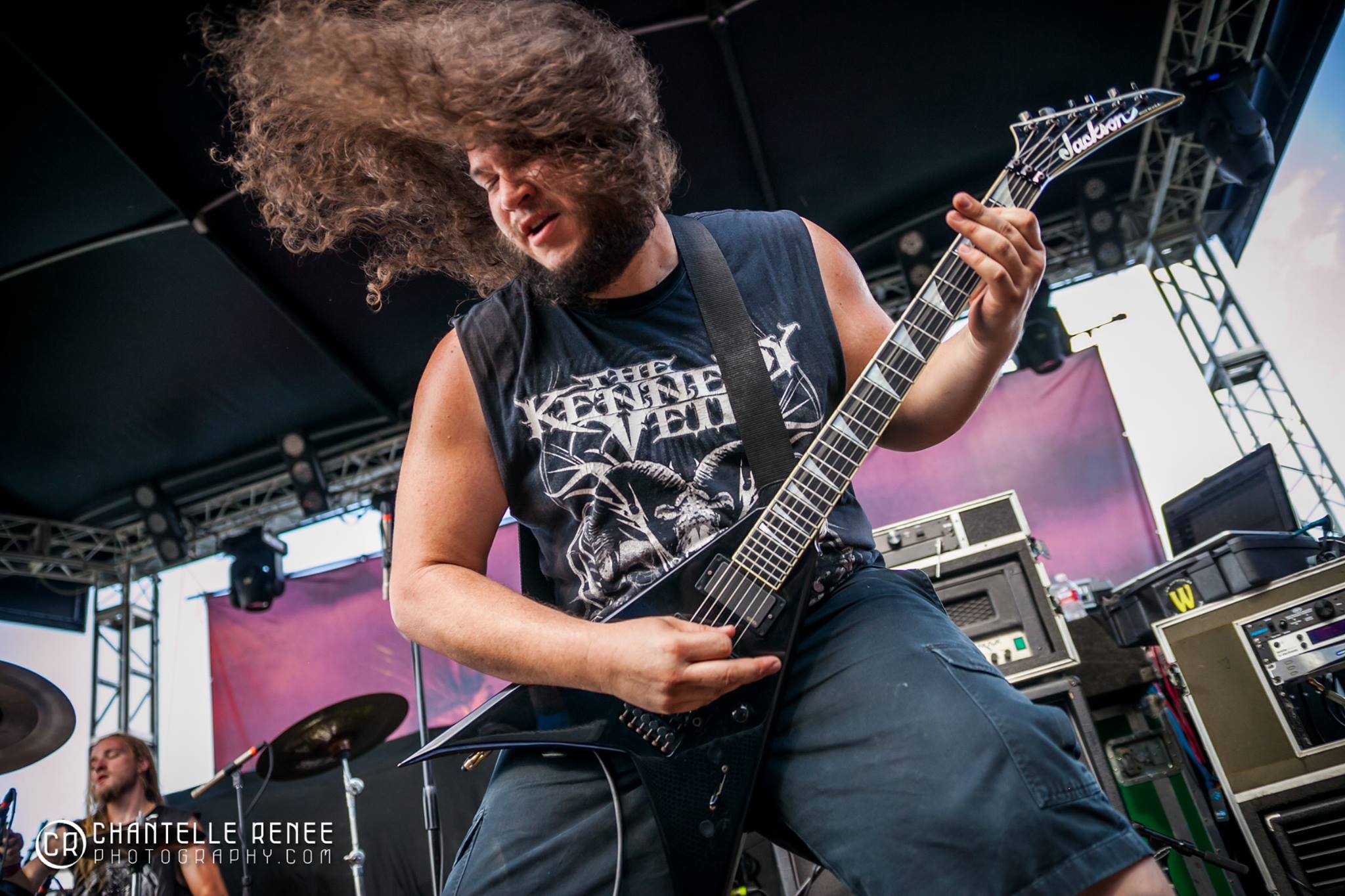