"I use EMG pick ups in my Schecter Basses both for live shows and for studio recording. They provide a level of clarity and precision which slices through any mix, allowing the bass to truly speak for itself. The crisp, in-your-face tone delivers a skull-rattling sound perfect for melting the faces off of any crowd. "

I am a multifaceted, dynamic entertainer who has had the amazing opportunity to travel the world performing in, and with various projects, in many different genres and styles of music. I am currently the bassist for The Dreaming (an edgy, alt- rock/industrial band fronted by Christopher Hall of Stabbing Westward) and KUZA (an extremely heavy metal/ industrial band) in addition to being a fire performer, published model, and actress.

I was born in Houston, Texas with a heart full of passion and a head full of dreams. I picked up bass playing at 14, although I had been in school band and had played instruments since I was 11. Bass playing came as a direct product of idolizing bands such as Tool, Marylin Manson, Deftones, and classic bands like Zeppelin, The Doors, and Floyd. All of the bands that really mattered to me had amazing bass players, and I felt myself drawn to the seductive groove and laid back feel of the bass. I have spent the last 8 years touring across the US with various bands in various roles; everything from playing bass to breathing fire. My entire life I have felt that I had to break the status quo; to prove that women have a place in rock and metal and it isn’t always standing behind a merch booth or pretending to play a keyboard. Originally, I gained my social media following through modeling, and that has afforded me multiple, in- print publications including appearing on the cover of a few magazinesI used modeling to gain exposure for my true passion- Music. Most recently, I appeared in Revolvers Magazines Top 25 hottest chicks in Metal and hard rock and I couldn’t imagine a better blending of the two worlds. In addition to breathing fire and playing bass, I have also dabbled in a bit of acting, appearing in two feature films and gaining 2 IMDB entries. My life is controlled chaos: I live to experience everything I can, and when it comes to performing I have definitely accumulated a vastly random set of experiences.

Over all- I try to be a jill of all trades. I have a vast interest in performing in any capacity, and have a deep seeded passion to explore the world and try absolutely everything I can. Bass playing is my safe place, my zen, my passion. Music is absolutely everything- and as the years unfold I am excited and enthusiastic about developing my skills as a composer and bassist. In the end- Im just some ordinary girl from Texas trying to etch her name in the stars. 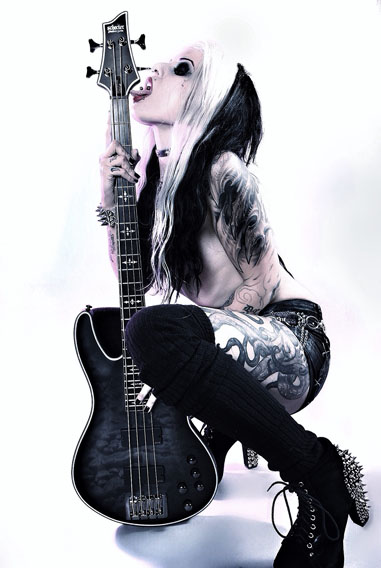 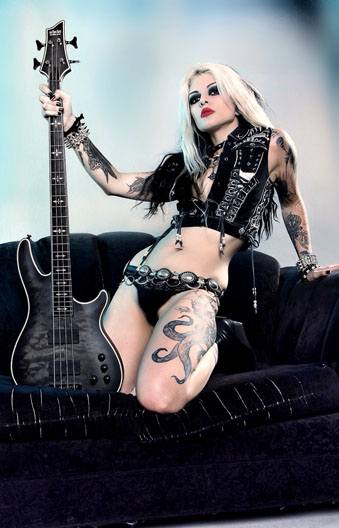 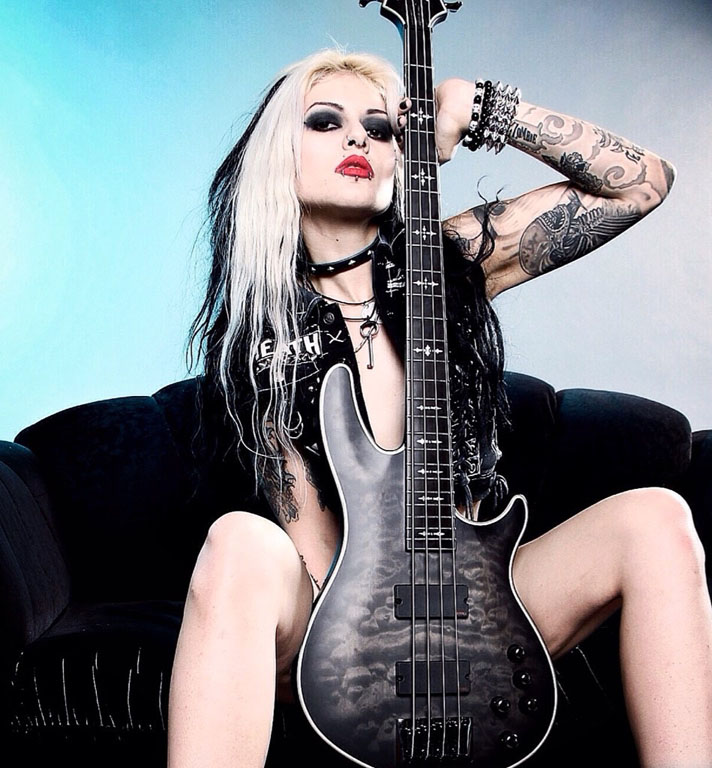