It’s been nearly 20 years since Jackyl shot out of Georgia with its wild, untamed approach to rock ‘n’ roll. Equal parts hard rock, heavy metal and Southern rock, Jackyl formed in 1991 and brought rock ‘n’ roll back– back to its down-to-earth, wild fun-loving origins, Full of spit and swagger—and a “dirty” sense of humor to boot—Jackyl quickly gained a reputation for their live shows. Jeff : “When you’re on stage with a chainsaw every night, a regular guitar pickup can’t keep up. But with my guitar equipped with an EMG-81, now the chainsaw has to keep up with me. I learned that lesson long ago and I’ve used nothing but EMGs ever since. Every tour, every record”. In the last 20 years, Jackyl has earned Gold and Platinum record sales awards, 2 Guinness Book World Records (100 shows in 50 days and 21 shows in 24 hours), recorded songs with 2 rock ‘n’ roll hall of famers, (AC/DC’s Brian Johnson and RUN DMC’s Darryl Mac) and most recently featured on 2 TV shows (Full Throttle Saloon on TruTV and The Cartoon Networks, “Squidbillys”). Not only is the band busier than ever playing more than 150 shows a year, Jeff says, “We’re just now getting started”. 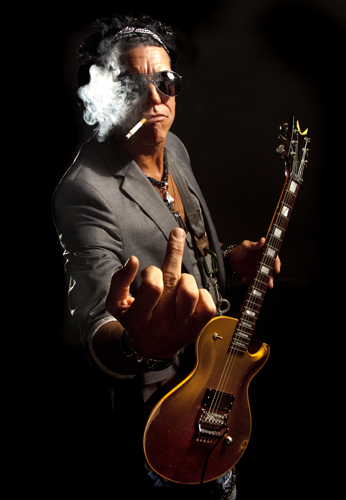 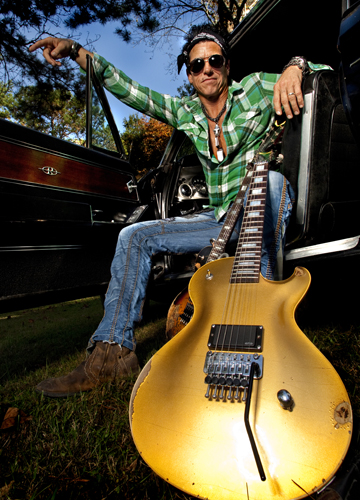