Bruce Hall joined REO Speedwagon, after the You Get What You Play For tour. His first track written for REO was Lost In A Dream, from 1974 (co-wrote with Mike Murphy).

The first track REO recorded featuring Bruce's vocals was Back On the Road Again from 1979, which was also a successful single. Since then, Bruce has written several other tracks, including Someone Tonight, Thru The Window and more recently After Tonight.

I've been using EMG's as long as I can remember. No matter what I'm playing, a Gibson or Fender, it has to have EMG's!" ~Bruce Hall 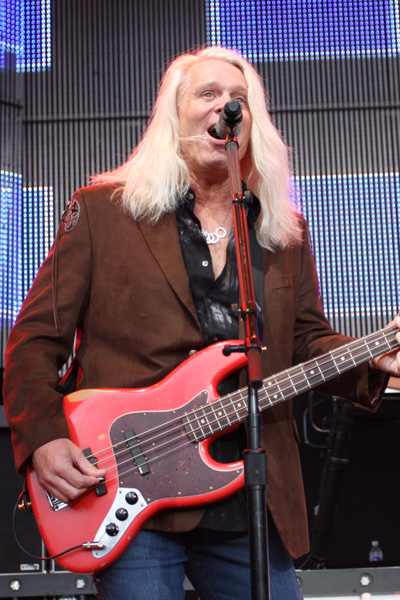