""My EMGs never let me down. They have all the versatility I need"."

Out of the dephs of the Brazilian rainforest comes Hussein Haddad, a flashy young guitarist that

has been in love with the instrument since his early teens.

One day back in 2004, after seeing Guns 'n' Roses on television, he decided that that was what he

wanted to do with his life. It didn't take long before he started playing out with bands while

studying hard to perfect bis technique. At the age of 19 Haddad began making a living playing at

However, his native Boa Vista, in the northwestern Brazilian state of Roraima was a bit too small

for his talent and his dreams. He left for the big city and arrived in São Paulo in 2010 where he

was exposed to new artists and equipment. Chris Letchford, Andy James and their EMG sets

made a huge impression on Haddad!

Also astounded by David Gilmour's EMG tone, he settled for a pair of EMGs 817

"I found my sound", explains Haddad, "my EMGs, my Dreamers and Alien amps never let me

down. It's a winning combination with all the versatility I need". 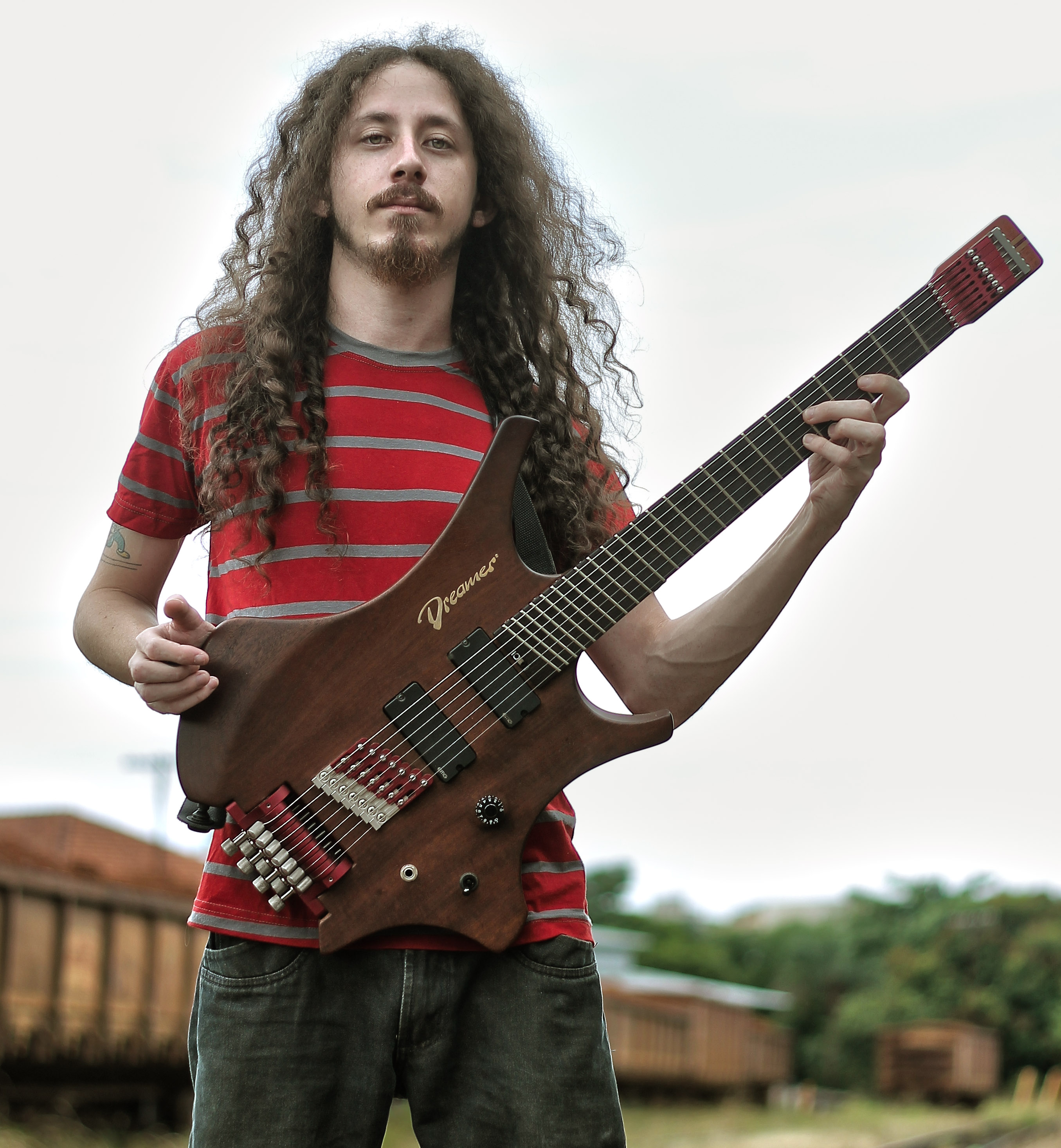