"I am constantly striving to evolve and improve as a player and musician. After 25 years I have found my new sound in the EMG H1A and SRO sets. These pickups have a different clarity and definition I am looking for in my sound. At the same time they are warm and creamy. My inflections really have a chance to soar not only live but in the studio as well. I use many ESP Models for different sounds and now the EMG passive’s give them life!!!"

Few musicians can say they've had such a diverse background in music, ranging from Indian classical to rock fusion, and many genres in between. Even fewer can say they recorded their first solo album while still attending Berklee College of Music. Prashant Aswani, however, can attest to these, and even more, jaw-dropping experiences.

Prashant began his inspiring musical career at a very young age. He began playing tabla guitar at the age of eight, and took weekly lessons for the next five years. But it was the acoustic guitar Prashant received at the age of 13 that has ultimately shaped his career, and he hasn’t put it down since. Almost immediately, Prashant began writing music. In high school, Prashant joined the Lexington High School Jazz Band, instructed by Jeff Leonard. Leonard took an interest in Prashant, and began teaching him how to read chords and charts, which was his first formal training in guitar. Throughout his childhood, Prashant found influences in Zakir Hussain, AC/DC, Rush, Led Zeppelin, Randy Rhodes, and Yngwie Malmsteen, to name a few.

After high school, Prashant attended Berklee College of Music, and received the Guitar Night honors for rock fusion. He has opened for Andy Timmons, John Petrucci, and Steve Morse while performing at the Berklee Performance Center.

During his time at Berklee, Prashant began recording his compositions, demoing “Blizzard,” “Hiding Under the Covers,” and “Data.” Mark Varney of Legato Records became interested in the project, and Prashant went on to record his first solo album entitled “Revelation,” produced by Greg Howe.

Since recording “Revelation,” Prashant has become a worldwide sensation. “Revelation” was re-released by Virtuoso Records in 1998, and by SoundHolic Records in 1999 in Japan. He began doing clinics/ concerts and writing guitar columns for Italy’s biggest magazine, Axe Guitar Magazine. He has been featured in print around the world, including Young Guitar Magazine. Prashant has toured and recorded with Justin Timberlake, Christins Milian, Herbie Hancock, Steve Gadd, Darrell Diaz, Greg Howe, Aj Mclean, Jose Pasillas, Rhonda Smith. 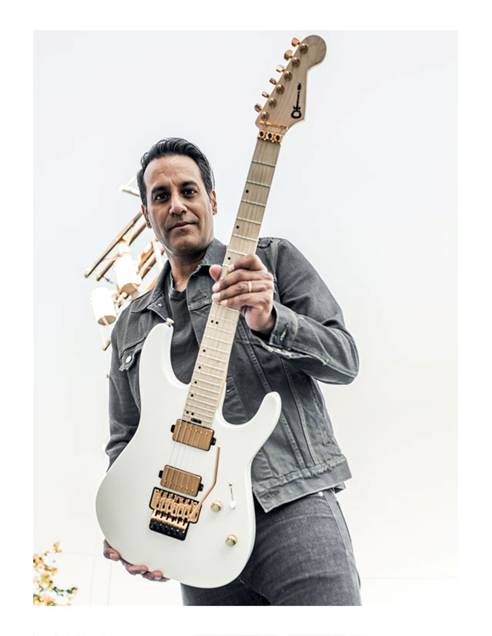