The day has finally come for MONUMENTS. The line up is complete, their debut album “Gnosis” is ready to be unleashed and the London-based progroove metal quintet has assembled their arsenal ready to challenge the way you look at the world.

Formed in the UK by guitarist John Browne from the ashes of the pioneering technical groove metallers, Fellsilent (who also featured Acle Kahney of TesseracT in its ranks), MONUMENTS starts somewhat were Fellsilent left off. Many consider Fellsilent ahead of its time, one of founders of the current new wave of UK tech metal. If SikTh were the godfathers, Fellsilent was that crazy cousin always tinkering around with something in the basement. In the years following that band’s demise, Browne honed his craft, both as a songwriter and producer and has brought MONUMENTS out of the underground, prepped and ready for the masses.

There was a time at the start of 2011 where the future for MONUMENTS was unclear. The band had an album written and recorded but didn’t have a vocalist to convey the deep messages within their music. Browne left the UK for a stint of touring across the US as a stand-in guitarist with his old friend Misha Mansoor’s band, Periphery. It was such a successful excursion that he was invited to join the band. However, Browne declined, wanting to focus on MONUMENTS – his brainchild.

Having found guitarist Olly Steele (Cyclamen), bassist Adam Swan and the mind-bogglingly talented multi-instrumentalist drummer Mike Malyan, who has played and done session work with Chimpspanner, The Algorithm and many more, the final piece of the MONUMENTS puzzle was vocalist Matt Rose. Not your typical metal singer, Rose was discovered whilst singing with UK drum ‘n’ bass act The Qemists – collaborators with the likes of Enter Shikari ,Mike Patton and In Flames among many others. Drifting between and beyond genres, he grew up on a diet of of Pantera, Deftones, Soundgarden, Red Hot Chili Peppers and Jeff Buckley. He also plays in a jazz/funk band. This fusion of styles is what helps MONUMENTS stand out from the crowd.

The result is “Gnosis” – nine tracks of thoroughly modern progressive metal that has as many hooks as it does important political messages. The title refers to a higher level of spiritual understanding where one stops to answer the questions about one’s existence rather than ignoring the issues and simply following the crowd. The message is distilled to its essence in “Doxa”. The message is simple: don’t believe everything you’re told; think for yourself.

Already inspired by political theories and Zeitgeist Films, Rose worked with Dan Weller (Sikth) who was charged with producing the vocals – the one part of the album Browne got production help with. However, Browne’s time on the road with Periphery yielded some fruit in that vocalist Spencer Sotelo appears on “Denial”. It’s a tumultuously rhythmic five minutes that sees the song move between jarring riffs, roared vocals and soaring melodies.

MONUMENTS have created a sound that is as deeply rooted in the here and now as it is in spirituality. There is a balance found in the thought processes and the music. “Gnosis” is the result of years of hard work. It’s time for this band to change your life.

After touring the UK and Europe twice, supporting the likes of Winds Of Plague as well as Periphery and TesseracT, MONUMENTS will be part of the first instalment of the Euroblast tour feat. Jeff Loomis, MONUMENTS, Vildhjarta and Stealing Axion that is scheduled for a European run mid October to mid November.

The touring cycle of Gnosis has now ended, the band have since recruited ex-periphery, ever forthright multi-instrumentalist Chris Barretto. The band will be entering the famous Monnow Valley Recording Studio in Wales this December to record their currently un-named second release. 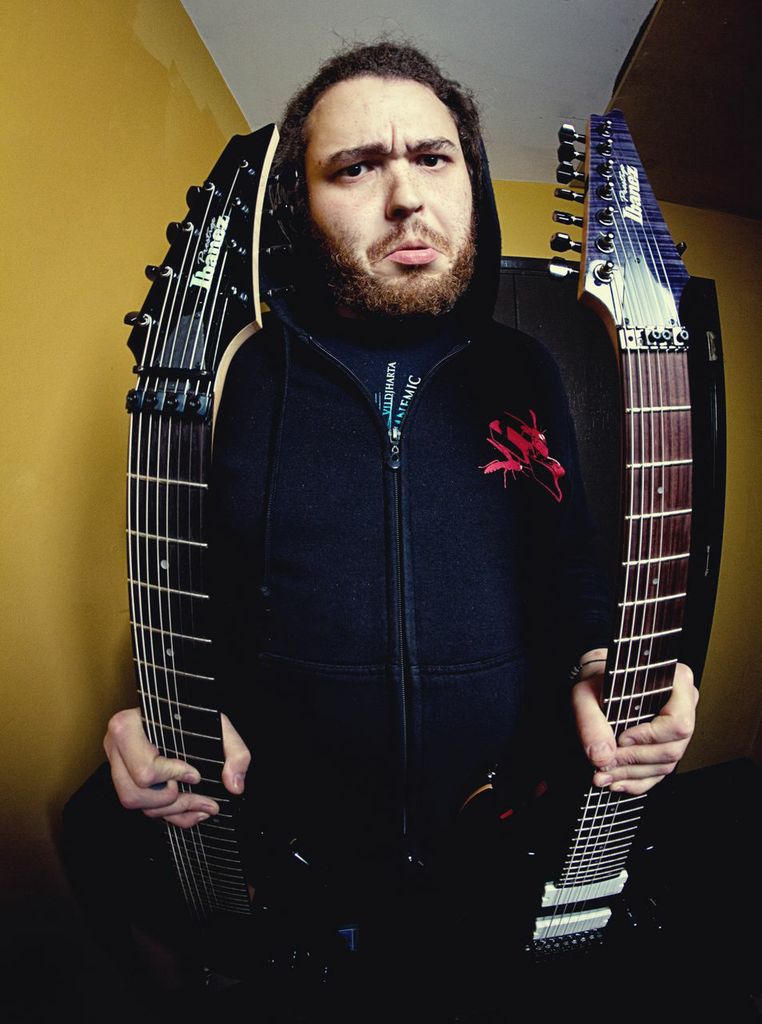