Cat is the lead guitarist, songwriter and co-founder of the hard rock band State Line Empire. Hot off of their debut EP 'Octane' produced by Mike Clink (GnR's Appetite for Destruction) Cat and State Line Empire have been tearing up the scene with their no holds barred rock n roll.

As a songwriter Cat has collaborated with such artists as Slash from 'Guns and Roses', James Michael from 'Sixx Am' and most recently former 'Brides Of Destruction vocalist' London Legrand... just to name a few. Cat plays Gibson Guitars which are outfitted with the 81 and 60 EMG pickups. 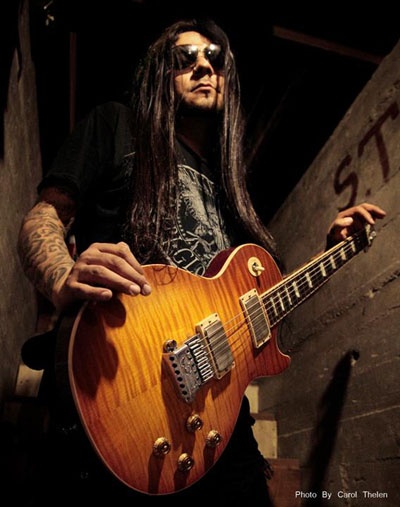