Luke Jaeger is a multifaceted guitarist and writer based in Seattle, WA. Born and raised in Northern California, Luke became musically obsessed at the age of 5 with artists such as Billy Joel, Elton John, Michael Jackson, amongst many other pop rock icons. After a blooming fondness and deep-seated interest in rock and metal music emerged within him, he decided to pick up the guitar at the age of 11 and began taking lessons and writing music. At the age of 13 he performed to his first live audience of hundreds on public access TV in Sacramento with his first band. It wasn’t until 2002 when he founded his original project SLEEP TERROR that his unique sound and playing ability became highly acknowledged.

He released several demos and EPs during the course of many gigs with the project incorporating a live drummer, all of which gaining high praise amongst fans and peers of the technical and extreme metal world. The band quickly developed a devoted and loyal cult fan base all over the world. In 2004, Luke was asked by bay area metal act VILE to join as lead guitarist for a U.S. tour with none other than CANNIBAL CORPSE. Two years later, Luke embarked on his own U.S. tour in support of an indie-released SLEEP TERROR debut. As word spread, Luke’s playing caught the ears of Christopher Storey of ALL SHALL PERISH and the band hired him as a fill-in guitarist for a 3-week European run followed by a U.S. tour in 2008. Luke headed into the studio in early 2010 with metal guitar legend and engineer James Murphy (DEATH, OBITUARY, TESTAMENT) to track solos for the highly-anticipated WORLD UNDER BLOOD release entitled ‘Tactical’. The band features Luke as lead guitarist, CKY-famed lead singer/guitarist Deron Miller and drummer Tim Yeung (MORBID ANGEL/DIVINE HERESY). The album was released in July 2011 via NUCLEAR BLAST RECORDS. Currently, Luke is writing new material for a SLEEP TERROR release and has been steadily promoting his Latin-Jazz/Flamenco-styled acoustic solo project and a fairly newer project entitled ACROPHASE which captures a different aspect of his playing incorporating 8-string guitars, Far Eastern exotic dance music, and MIDI-guitar layers. 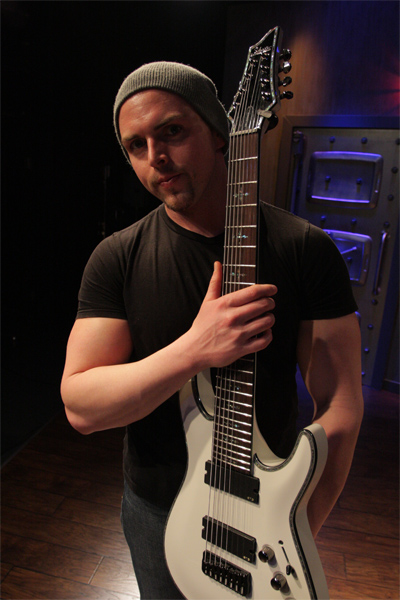 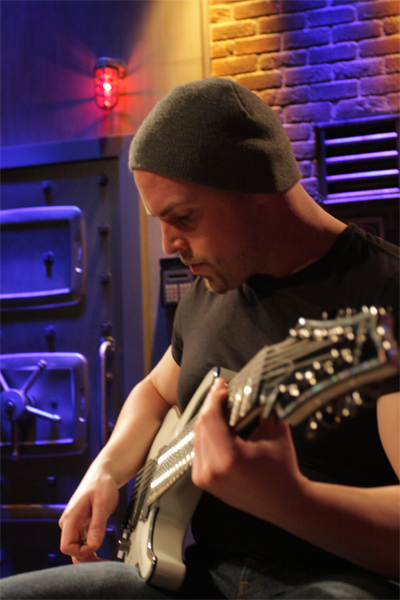