Ryan Meranda is 100% pure Metal. From a very early age 'the rock' has flowed through his veins due in large to his dad 'Big Dave' being a guitarist that rocks a killer vintage Gibson SG like his favorite player Angus Young and his mom Pam being a life long crazed music fan. Ryan was raised with a devout respect for all the classic rock and metal greats but developed a special love for the 80's Thrash/Shred w/ a little Glam thrown in there...who can blame him...I mean who doesn't love some RATT 'Out of the Cellar' or Dokken 'Beast from the East' every now and again?

Ryan went on to pick up the guitar in high school and learn all his favorite guitar heroes songs and licks note for note with his very first public performance being a Corning High school talent show where he rocked Marty Friedman's 'Valley of Eternity'. After high school he was enlisted by local punk bass hero Adam White for guitar duties in legendary underground Chico CA sludge-doom-punk group Hell of All Saints. Shortly after that incarnation of H.O.A.S. ran it's course Ryan moved to Seattle WA where he was a key founding member of the thrash-tech-metal band ONLY HUMAN. Ryan's signature blistering 'off kilter' thrash groove writing style is exemplified on both ONLY HUMAN's first demo 'Revealing' and their first industry E.P. 'Tyranny of Ignorance'.

Ryan's current project, Ixion, is an American death-thrash recording project based in Seattle, WA. Ixion is characterized by savage riffing and extended solo breaks. After his exit from O.H. in 2005, Ryan went on a prolific songwriting streak, inviting friends to help complete the unreleased solo album 'Ancient Secrets'in 2006. Two years later Ixion returned with a self-titled debut album with something to prove. The first release from Ryan's own Instigator label covered a broad spectrum of metal influence. "I was trying to create this blend of everything that I love about metal." -RPM

The new full length Ixion album 'Temple Of Failure' is available now! Thrashier and of a more consistent flavor, this album is sure to impress fans old and new. "I am really excited about how the new material came together. All the feedback so far has been very positive." RPM 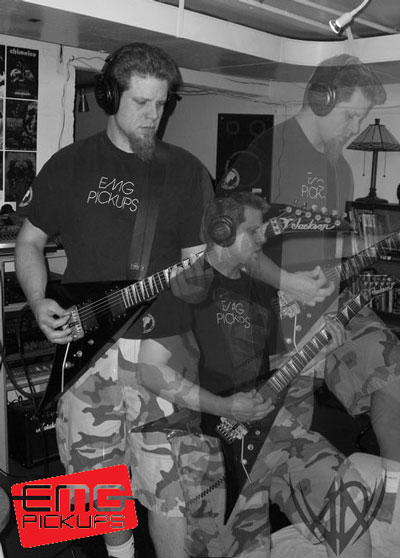