Wayne Static is considered the Terminator of contemporary rock music with

and futuristic disco, which is nothing if not cybernetic. But when you look

back at Wayne Static’s 14-year legacy, the comparison goes beyond the music;

having weathered musical trends, survived lineup shifts, and even severed

long-time creative partnerships to emerge as a streamlined metallic machine.

Wayne Static is getting ready to release his first-ever solo CD, PIGHAMMER,

due from Dirthouse Records on October 4, 2011. PIGHAMMER has a disarming raw quality of heavy driving guitar riffs and lyrics that will take hold of your bowels and into the mind of Static’s dark past and warped mind. This is

blatant as the first single Assassins Of Youth, was inspired by Wayne

Static’s last days of drugs and partying. “I wrote this song while living in

explains Static. “I started the song in that condition but never finished it

until years later after dumping off the drugs. Now the song has a whole new

meaning from when I started it.” Assassins Of Youth is an old-school term

for drugs. The first verse is about doing drugs, the chorus is going dry and

the 2nd chorus is about getting off and no longer being slave to the drugs. 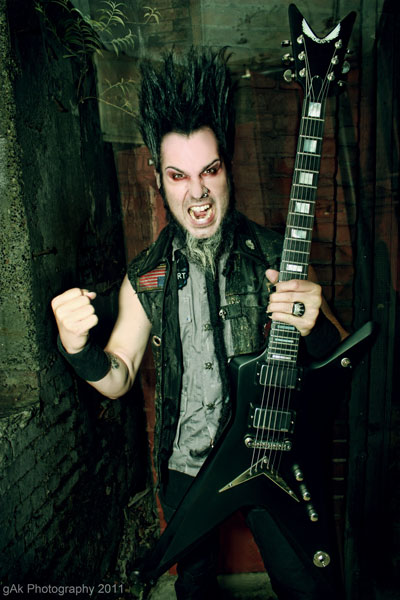