Mikey Way is best known as the bassist for New Jersey alternative emo-rockers My Chemical Romance and, of course, lead singer Gerard Way's little brother. Mikey Way was born on September 10, 1980, in Newark, NJ. He was raised in nearby Belleville, where he and his brother spent a lot of time in the house together creating fantasy worlds, since their mother preferred them not going outside into their crime-ridden neighborhood. Much more outgoing than his older brother, Way was involved in the local music scene, interning for a time at fledgling indie Eyeball Records. When Gerard approached him following the September 11th attacks in 2001 about joining a band he'd just started, Way jumped at the chance, even suggesting the name My Chemical Romance (taking it from a line in a book by -Trainspotting author Irvine Welsh). Eye surgery found him shedding his trademark black-rimmed glasses around the time of the 2006 release of the band's third album, the wildly popular The Black Parade. Way then married in March 2007 and took a subsequent hiatus from My Chemical Romance to spend time with his new wife while the band continued touring. 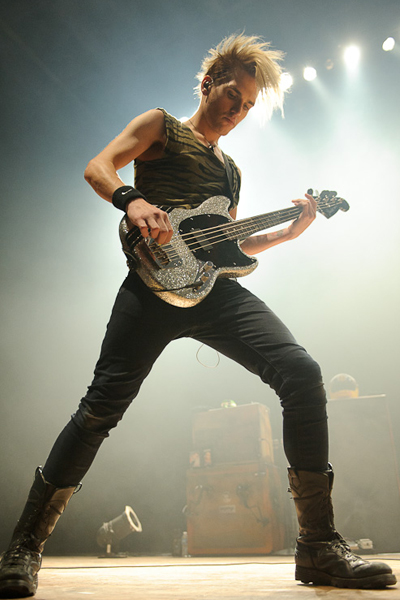