True rock n' roll doesn't require definition. It's self-explanatory based on a gut feeling and the unconditional devotion to the musical genre. Nashville Pussy have celebrated their brand of genuine rock n' roll for more than a decade, in classic style at times, surprising at others, but always earthy, raw and unadulterated. Band mastermind Blaine Cartwright (vocals, guitar), his wife Ruyter Suys (guitar), Karen Cuda (bass) and Jeremy Thompson (drums) poured their heart and soul into the latest rock release, entitled From Hell To Texas, which saw the band hone their most impressive recording to date alongside the non stop touring, from Australia, Brazil, Canada, Europe, Japan, and almost a year straight with the Reverend Horton Heat, "We allowed ourselves this time to give the songs the chance to turn out as perfect as possible," Cartwright explains. "We kept playing the new tracks at our rehearsal room until they really clicked. I feel they're heavier and grittier than previous releases. The whole creative process took three long years, but the result has been worth the trouble."

Their songs are mostly about fun and good times, but occasionally – as in the case of 'Late Great USA' – they also stick the finger into an open wound. "Although Blaine's comical and satyrical themes mostly prevail on From Hell To Texas, there are two or three numbers which deal with more serious subjects. 'Late Great USA' is a political song, we simply had to vent our anger at certain grievances in this country."

Like its predecessor, Get Some (2005), From Hell To Texas was produced by Daniel Rey. "We've known Daniel for years, he's uber talented and a fantastic arranger," Cartwright praises his producer. "Daniel works hard and likes the same music that we like. We're simply a good team that gels perfectly in the studio." Along with engineer/mixer Gordie Johnson, renowned guitar guru who is a producer in his own right, rounded out the team. "But the best thing was: the whole album was recorded at Willie Nelson's Pedernales Studio in Texas on the same two-inch tape machine which Willie used to cut all his legendary albums from the mid-seventies," Cartwright reveals, adding: "That machine sounds simply amazing, so natural, pure and unbelievably alive. We also got to meet Willie by chance while we were doing a photo shoot in his private ghost town, he was hanging with some buddies in his saloon and invited us in, he was truly one of the nicest and coolest people we have ever met."

Nashville Pussy recorded a total of twelve new songs for From Hell To Texas. "At the end of the day, all four band members were very involved in the composition of these tracks," Cartwright enthuses about his group's efficient team spirit. "It's turned into a real band album, the heaviest and catchiest we've recorded so far. We call it the Southern rock album that Alice Cooper never made. It's our revenge record." Canadian rock singer/guitarist Danko Jones can be heard on the track 'I'm So High'

Nashville Pussy came together in 1996. Albums such as Let Them Eat Pussy (1998), High As Hell (2000) or Say Something Nasty (2002) have caused an international stir, and their 1999 single release 'Fried Chicken And Coffee' earned the band a Grammy nomination in the category 'Best Metal Performance'. Also rightly referred to as "One of the hardest working bands in show biz today." Following the release of their previous album in 2005, Get Some, complete with a cover version of Ike & Tina Turner's 'Nutbush City Limits', the band set out on an extensive 2 year tour, determined to document impressively what their audience had come to expect under the heading of 'kick ass live show' which was captured on the new DVD Live in Hollywood 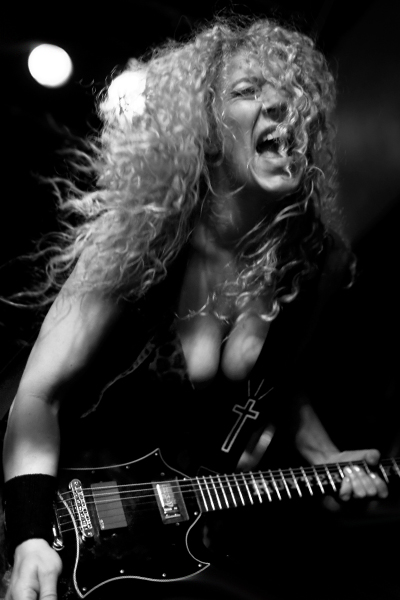 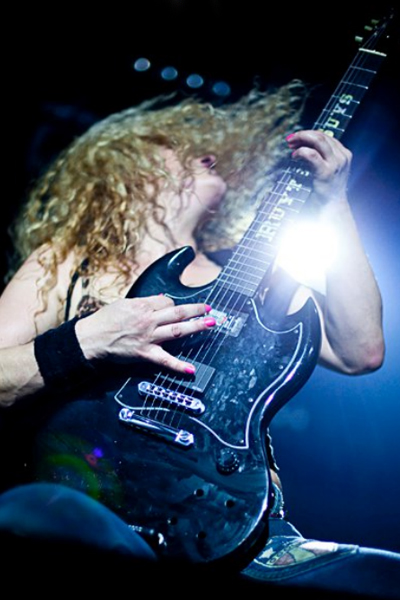