The band has sold more than 700,000 albums across its first two album projects, both of which were GRAMMY nominated. RED’s sophomore project Innocence & Instinct released with first-week sales of nearly 40,000 copies, according to Nielsen SoundScan, which made it the No.15 best selling album on Billboard’s Top 200 chart that week. It also reached the No. 5 spot on iTunes Overall Albums chart. To date,Innocence & Instinct has scanned more than 260,000+ units. The sophomore project built on the momentum of its debut album End of Silence, which has scanned more than 400,000 units (including track equivalents) and earned several awards and nominations.

RED’s Until We Have Faces (2/1/2011) was the highest debut in the country with the No. 2 spot on the coveted Billboard Top 200 its first week out. The project also claimed the No. 1 spots on the following Nielsen SoundScan charts: Current Hard Music, Current Rock Music, Current Alternative, Christian Rock, Current Contemporary Christian Album and Record Label Independent charts. Further, Until We Have Faces remained in the Top 5 on both iTunes’ Overall Album and Rock Album charts its entire street week.

Launched with massive online marketing and press campaigns, Until We Have Faces quickly yielded “Faceless” as its first No. 1 radio single – the band’s 11th No. 1 radio hit – all while receiving a flurry of media coverage in major entertainment and news outlets. The band’s street week culminated with a riveting performance of “Faceless” on TBS’s CONAN, Feb. 8.

RED continues to unleash a torrential outpouring of its signature in-your-face rock as it tours the country as a part of the Winter Jam lineup through early April. 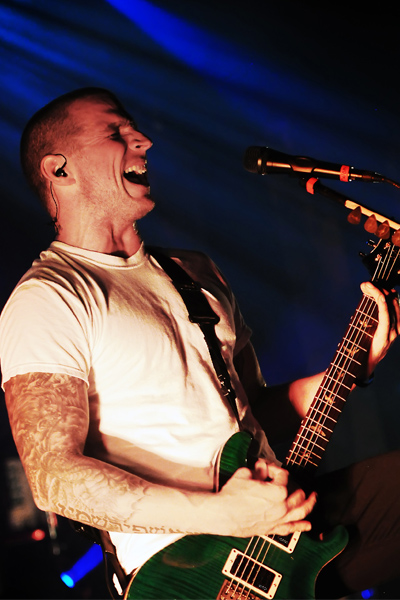