One of the foundations of the metal revival of the past ten years, Austin TX’s The Sword have released three flawless slabs of vintage heaviness on Kemado Records, toured the world with Metallica, and were one of the first bands to lock into a whole new legion of fans through Guitar

Their latest release, Warp Riders, is The Sword’s first concept album, a science fiction maelstrom put to the storming, relentless riffage and pounding rhythms upon which the band has staked its reputation. Currently on the road in the U.S. supporting this behemoth of a allencompassing rock and metal album, guitarist Kyle Shutt has loaded his Wild Custom Flying V with the Zakk Wylde EMG set, leaving no solo unblazed and no face unmelted from coast to coast. His backup guitar is a ’68 Reissue Les Paul Custom with and EMG Chrome 81 in the bridge and a Chrome 85 in the neck. 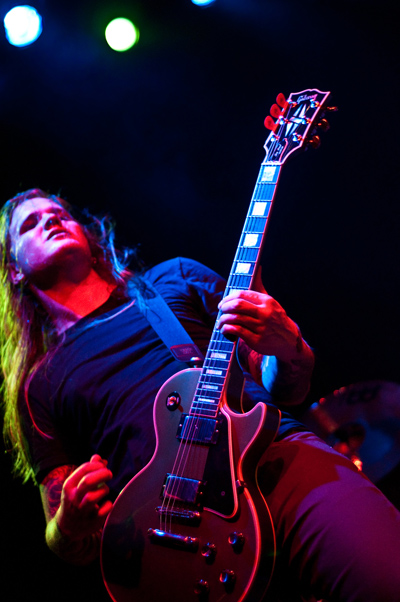 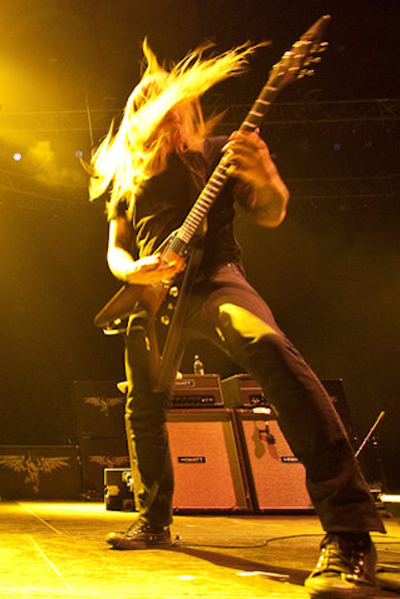