Keith Urban is a New Zealand Grammy- and ARIA-winning country music singer, songwriter and guitarist whose commercial success has been mainly in the United States. Urban began his career in Tamworth, Australia participating in Tamworth Country Music Festival, having moved there at an early age. In 1991, he released a self-titled debut album, and charted four singles in Australia before moving to the United States in 1992. Eventually, Urban found work as a session guitarist before starting a band known as The Ranch, which recorded one studio album on Capitol Records and charted two singles on the Billboard country charts.

Urban has released a total of seven studio albums (one of which was released only in the United Kingdom), as well as one album in The Ranch. He has charted more than fifteen singles on the U.S. country charts, including nine Number Ones. Urban plays acoustic and electric guitar, as well as banjo,bass guitar, mandolin, piano, and bouzouki. 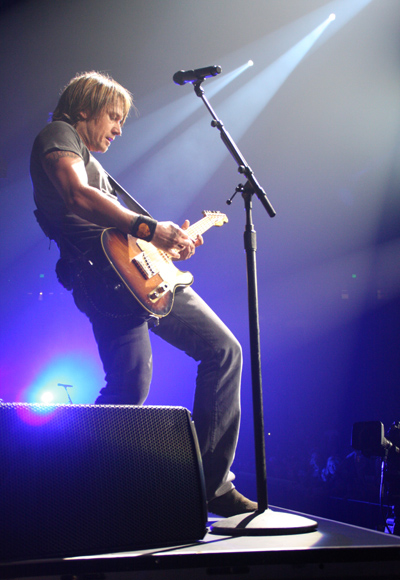