Nick Kopan is the guitarist for Our Vinyl Vows, a 4 piece original rock/pop/punk band from Petaluma, California. Blending elements of surf rock/ stand up comedy/ indie rock/ R&B/ metal /dance pop/ and funk, Our Vinyl Vows have created a sound that pleases any type of crowd. Although the band formed in early 2009, the members are definitely not new to the scene. With previous bands such as Exposure, Days of Contraband, Furious Minds, Farewell Graceland, Finger Magic, Forever Sleep, Axiomatic, 24 Cuts, 2nd Nature, and Driving to December, the members definitely have a lot of experience under their belt. Touring with such acts as System of a Down, Papa Roach, AFI, Ailen Ant Farm, Puddle of Mudd, Long Beach Short Bus/Dub Allstars, Sum 41, Linkin Park, P.O.D., Nuclear Rabbit, Dredge, Apex Theory, Love Equals Death, Tsunami Bomb, Dome Shots, Hostility, Razzell, Tech 9, Hyrogliphics, and many, many more great acts, they’ve had a lot of great opportunities and have the know how and mentality to pack a crowd, build a following and satisfy their fans while constantly making new ones. So far, as “Our Vinyl Vows”, the band has accomplished a lot in the short time they have been together, touring from their home town of Petaluma to Napa, Berkeley, Penngrove, Los Angeles, Huntington Beach, and San Diego, while constantly writing and recording new material for their upcoming debut release, “Just The Tip” (October 2009). Our Vinyl Vows is a band for any crowd and any occasion with great catchy songs, sing alongs, comedy bits, theme parties, and the occasional perfect cover. From teen centers, bars, clubs, event centers, theme parks and house parties , Our Vinyl Vows is guaranteed to bring it!!! 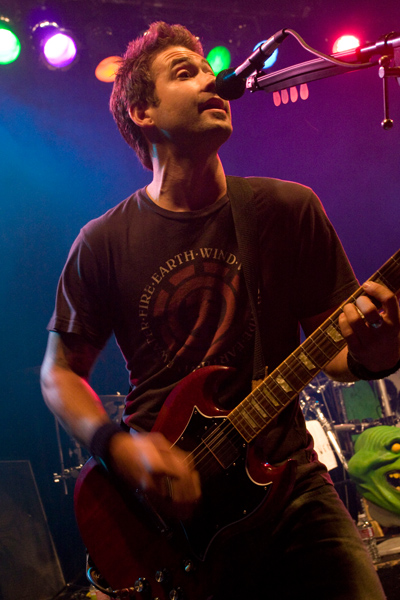