Now, after 5 years of relentless DiY ambition, your favorite Glam Punk Rock band has just released their first album to great success. And they're about to do it all again!

So, how did this come about? It all started when Lord Zion met Vikki one fateful winter evening many years ago. He had the notion of the perfect rock n' roll band, and she had the bass guitar. Armed with a heap of ideas but no money, the dastardly duo set about selling Vikki's used panties on eBay to fund the release of the first Spit Like This EP, "The Pop Shot!", named after the climax of every decent porno. At the same time, they set up their no-holds-barred offensive n' fun T-shirt company (smellyourmum.com) This stroke of genius would fund more music and a second EP, "Anarchy For Two" followed. And it was at this point the labels started sniffing.

SLT needed to stop being a bedroom project and become a bona-fide gigging band so the search started for other like-minded skally-wags. Of that initial first line-up, Vile Gilez remains, to this day, the backbone of SLT on the drums. The third EP, "Dragged Kicking & Screaming" broke Spit Like This to a wider audience and helped secure them the prestige of being voted in at No.8 in the Kerrang! Reader's Poll of Best Unsigned Bands.

Spurred on by this success, the fourth EP, "Sleaze Sells...But Who's Buying?" was the first release with full UK distribution. This reached No.1 on Amazon (beating Oasis, U2 and the Foo Fighters) and No.8 in the UK Rock Charts. They seemed unstoppable and success was just around the corner: support slots with Wednesday 13, LA Guns, Fozzy - and more - followed, along with a slew of magazine features (Skin Deep, Bizarre, Total Guitar). "Scary Tales: The Collection", a compilation CD of the previous EP's was released to bridge the gap between the EP's and debut album but, in true rock n' roll fashion, the walls came crumbling down around the band and it was clear it wasn't working out internally.

They were now in a bit of a rut. Still gigging but with no goals in sight, morale was low and SLT lost the original guitar player. Right about now is where most bands would call it a day and quit. But SLT aren't most bands - never have been, never will be - so the remaining members just hit the pavements in search of a replacement guitar player which they duly found.

2007 was the year that the band turned a corner and really started happening. Notable events were massive support slots with The Misfits, recording what would become their debut album from June to September and capping off the year with an extremely successful festival appearance at Hard Rock Hell (where SLT were the only unsigned band on the main stage opening for rock legends Twisted Sister).

With a finished album in hand, the first half of 2008 was spent talking to labels and gigging relentlessly. Everything was starting to fall into place and very serious discussions started with Cargo Records thanks to Jon, an A&R man, who, so amazed by their performance, offered them a gig the very next week opening for Towers of London. They had all stayed in touch and, eventually, Jon made them an offer they didn't want to refuse.

August 1st, 2008, Spit Like This finally signed the deal they had fought so very hard for. Signed in front of the World's media at Skin Deep magazine's Tattoo Jam (which SLT headlined), it was from this stage that Zion announced that the release of their debut single, "Trick or Mistreat", would happen on 20th October. Shortly upon their return, SLT headed into the studio to record the B-side to the single, their infamous version of "Sweet Transvestite" from The Rocky Horror Picture Show.

In November 2008 the debut album, "We Won't Hurt You (But We Won't Go Away)" was released in the UK. Before release, the album got as high as Number 7 on the HMV.com Pre-Order Chart (out of 129) and, upon release, entered their New Release Chart at Number 29 (out of 462). It then promptly sold out. The band ended the year with a main stage appearance at Hard Rock Hell II (the only band to be asked back) where they were voted the 7th Best Band of the festival being beaten ONLY by major named acts!

2009 has been a busy year business-wise for SLT which resulted in them signing with German management company Indevent (who also manage NWOBHM legends Girlschool). Shortly after this, SLT started looking for a new record deal.

In July of 2009, Spit Like This signed a worldwide record deal with Swedish label, GMR Music Group. The band had been in contact with GMR since early 2008 and, at last it seemed, Spit Like This had found their true home. The same day they signed this deal, they were asked to close the Hard Rock III Festival (taking place that December) with a Main Stage appearance. Quite an honor and an accolade!

The debut album was re-released in the UK as "We Won't Hurt You (But We Won't Go Away) - Ultimate Edition" complete with bonus track and video on 2nd November 2009. In December, SLT closed the Hard Rock Hell Festival following WASP, Queensryche and The New York Dolls then, two days later, were asked to perform "as Hard Rock Hell legends" at the inaugural Hard Rock Hell Road Trip to be held in Ibiza in the Summer of 2010. The album has since been released in Scandinavia, Benelux & Italy on 27th January 2010; and Germany, Austria, Switzerland on 12th February 2010 (on GMR via Sony/BMG); Australia & New Zealand (via Aztec/Bleed); Greece (via Soundforge). In April, it was announced that Spit Like This signed a publishing deal with Enorm Music in Germany and a slot at Germany's legendary Wacken Festival was confirmed.

In May 2010 Spit Like This brought in Canadian guitarist Rob Riot to fulfill the ultimate line-up. Rob was already part of the Spit Like This Universe as he co-wrote with Zion the lead track off the album, "Sex, Drugs & HEAVY METAL". Rob brings with him a hard, tight edge to Spit Like This which will be perfectly evident on the new songs written; the most rhythmic so far.

Rob made his live debut with Spit Like This at the Hard Rock Hell Road Trip in Ibiza and will fulfill all guitar-playing duties on the forthcoming album, which will be recorded in July with Grammy Nominated producer Chris Tsangarides (Ozzy Osbourne, Judas Priest, Thin Lizzy, Anvil) before SLT depart these shores for the Wacken Festival in Germany. 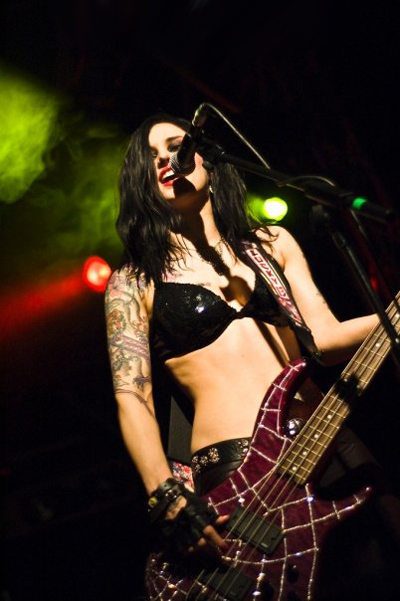 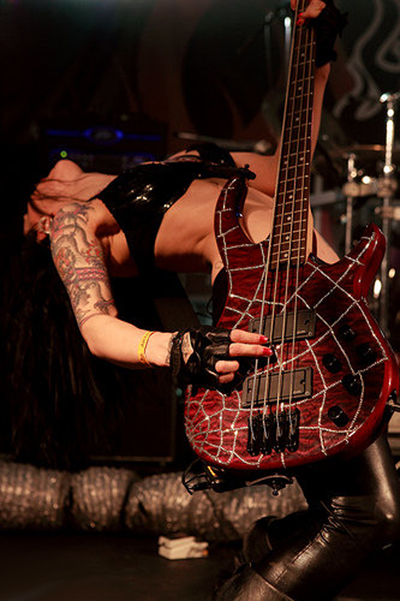 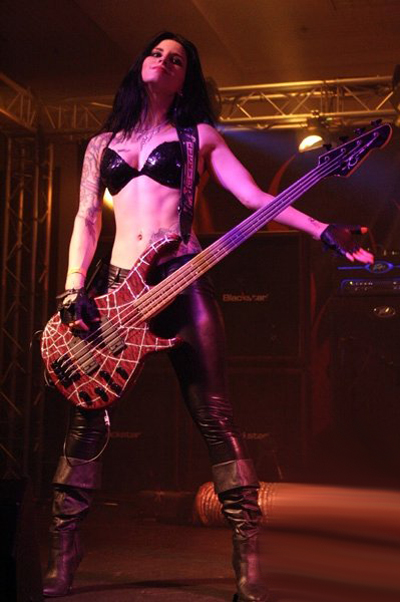