As the bassist for Americana artist Brian Ashley Jones, Tisha maintains a busy touring schedule, performing at venues such as the Bluebird Cafe, Eddie's Attic, the Kerrville Wine and Music Festival and the Sundance Film Festival. Footage of Tisha performing with Brian at the Bluebird Cafe recently aired on ITV in the United Kingdom in an episode of "Amanda Holden's Fantasy Lives."

Tisha writes and arranges music and her works have been performed by jazz trombonist Sarah Morrow, the Women in Music Columbus Orchestra and String Sinfonia, the Land of Legend Philharmonic and the Prevailing Winds Quintet.

Her professional affiliations include the American Society of Composers, Authors and Publishers (ASCAP), the International Society of Bassists and Women in Music Columbus. 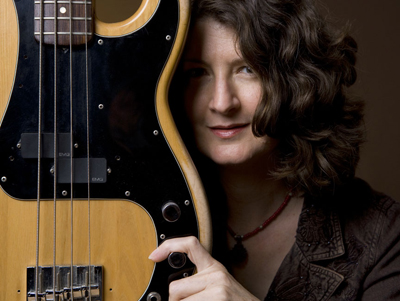