Growing up in the small town of Norwood, Ontario, the three founding members – Matt Walst, Doug Oliver and Brendan McMillan – were all influenced by bands like Tool and Deftones. “Music has always been a part of my life,” explains Walst, referring to the enormous success of his brother’s band Three Days Grace. “I would always hang out with Brad and the guys when they were jamming and writing,” tells Matt, modestly recalling the sessions that his input went a long way. On Three Days Grace’s first self-titled album, Matt is credited with co-writing two songs “Scared” and “Let You Down”.

The bands close relationship with Three Days Grace hasn’t meant that their career has been a piece of cake. “It’s definitely been a struggle, we’ve had ups and downs, we just don’t let the downs get to us and make sure the ups outweigh them,” says drummer Doug Oliver.

Spending years writing and performing as a trio, My Darkest Days managed to make a name for themselves and established a fan base in their new home of Toronto. Then, with perfect timing, through a mutual friend, Toronto based guitarist/singer Sal Coz Costa was brought into the group. “When Sal joined it felt like he was there the whole time, everything just clicked,” tells bassist Brendan McMillan.

Together the guys of My Darkest Days have plenty of well-deserved accomplishments under their belts. In 2007 they won a Bandwarz competition in Oshawa, and in 2008 placed first in St. Catherines 97.7 FM Rocksearch. Opening for some of the biggest names in rock, My Darkest Days have shared a stage with Three Days Grace, Theory of a Deadman, Ill Scarlett, Papa Roach, Default, State of Shock and many, many more. Lately the guys have been working closely, writing and recording with Chad Kroeger from famed international band Nickleback. “This is only the beginning,” warns Sal, “things will only get better. We’re here to stay.”

Although the future may hold many surprises and mysteries one thing is for certain; My Darkest Days are going to be a big part of it. 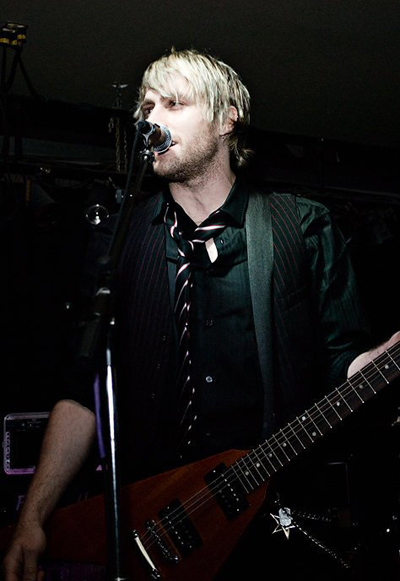