Forming in Montreal in 1994, Neuraxis has forged a unique identity all their own since the band’s inception, combining sheer brutality with unparalleled melodicism and a progressive edge over the course of the band’s multiple albums and last year’s live collection, Live Progression. Now, with the band’s fifth studio release, The Thin Line Between, Neuraxis continues the band’s evolution that began more than 10 years ago and continues to push the boundaries of extreme metal, both musically and melodically.

The band’s 1997 debut, Imagery, showcased Neuraxis' early death/grind approach while the band’s sound progressed over the course of two self-released promos in the coming years, culminating in 2001’s A Passage Into Forlorn, introducing a more melodic and progressive side of the extreme spectrum to the band’s arsenal. Continuing to evolve and mature yet again with 2002's Truth Beyond..., Neuraxis dizzyingly raised the bar yet again in terms of both musicianship and worldwide exposure. Seeing release in Canada through Galy Records, the US through Willowtip and Europe by means of Earache Records, Truth Beyond… was Neuraxis’ catalyst, leading to several tours across North America and Europe alike, in turn cementing Neuraxis’ place in the live spectrum as a jaw-droppingly accurate and excitingly-energetic live band.

Continuing down the path of masterful musicianship and intense technicality alongside a keen melodic sheen, Neuraxis’ 2005 effort, Trilateral Progression, took the band to new heights, gaining Neuraxis not only critical praise, but notoriety as one of the premiere extreme and technical bands to break out of Canada in recent years. Setting the band apart from their contemporaries and gaining credentials as an articulate model for challenging the technical death metal norms while successfully rejecting the day’s bucking commercial trends, Neuraxis successfully showcased the band’s knack for balancing a majestic sense of melody with go-for-the-throat aggression out on the road. While gaining over 150 live shows to the band’s credit between 2005 and 2007, Live Progression was released through Galy Records to document the achievements, the band's first-ever live album, which captures Neuraxis' neck-breaking live show after tour experience throughout North America, Europe and Japan.

Now, with the band’s latest foray further delving into technicality and musical finesse, Neuraxis unleashes The Thin Line Between, the band’s first effort for new home Prosthetic Records. The Thin Line Between establishes Neuraxis as a strong contender for the crown of Canada’s next leading technical death metal outfit. Drawing a line and spreading the distance between themselves and their contemporaries, Neuraxis has written the band’s most brutal and ambitious effort to date without losing that keen sense of melody and the progressive tinge that has given the band its signature sound over the years. 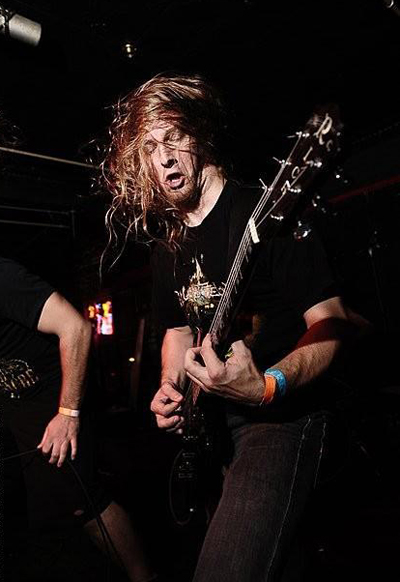