Jesse Saint is the guitarist for The Autumn Offering. Jesse has writen music for tv and film, and also has been a former member of Silent Civilian (ex members of Spineshank Mediaskare/Century Media), Depswa (Geffen Records), Scum of the Earth (Riggs from Rob Zombie's band Eclipse Records), Of vice & Virtue (Rachacey Records). Currently his side project is "DreamCorp".

Jesse has also wrote music for Riggs (Rob Zombie, Scum of the Earth), Martina Axen (Drain STH), and Nick Menza (Megadeth for one of his projects). 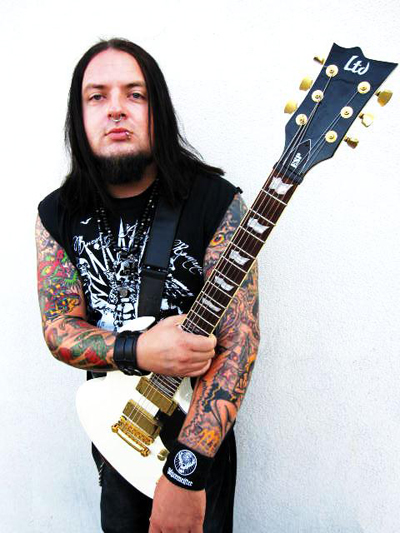