Kirk Windstein is a singer and guitarist for the bands Crowbar, Down, and Kingdom of Sorrow.

He currently plays guitar for both Crowbar and Down. He also played bass for Valume Nob, but resigned in 2006, citing he was unable to commit the time needed to give it full justice. In February 2005, Windstein formed Kingdom of Sorrow with Jamey Jasta of Hatebreed. Their debut album, including guest artists, was released on February 19, 2008. Windstein began his musical career in 1987 as a guitarist for a Judas Priest and Iron Maiden cover band called Victorian Blitz, and in 1988 joined a hardcore punk band called Shell Shock as a vocalist and guitarist. 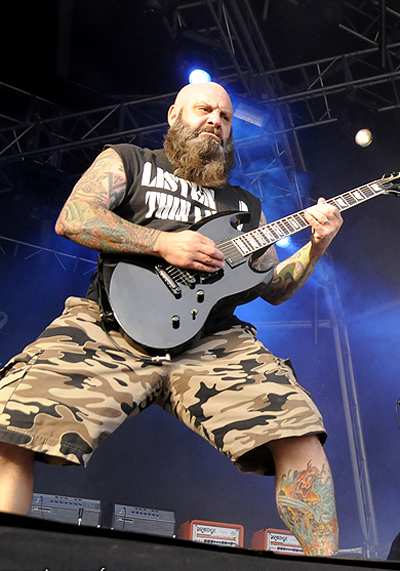