Danny Marino is the guitarist, songwriter, and one of the founding members of the band The Agonist (known as The Tempest prior to May 2007). He is the nephew of legendary rock/blues guitarist Frank Marino of Frank Marino and Mahogany Rush. Inspired by his Uncle Frank's rock and blues roots, Danny also counts musicians such as Jimi Hendrix, Michael Amott of Arch Enemy and Omar Rodriguez-Lopez of The Mars Volta as inspirations.

At 14, Danny began playing and experimenting with bass, but quickly switched to guitar as he found it a better creative outlet. He played in local bands throughout High School and eventually founded the band Solace at age 18. Soon after, Solace was in need of a new singer, finally deciding on Alissa White-Gluz. Changing their name to The Tempest, they began work on what would later become part of their first album Once Only Imagined released by Century Media Records. Signing with Century Media sparked the need for a band name change (due to copyright issues) and the band become The Agonist. The Agonist released their debut album Once Only Imagined in 2007. Touring extensively thereafter with the likes of Sonata Arctica, Overkill, Enslaved, Arsis, Firewind, The Haunted, Merauder, Atheist, The Faceless and many others have inspired Danny and The Agonist to pursue the eclectic musical direction that they are now known for. This is demonstrated in their 2009 sophomore release Lullabies for the Dormant Mind. This genre breaking approach will be continued in their forthcoming 3rd album, currently in production.

“I have been using EMG pickups since I started playing heavy music. When it comes to producing the ultra gain tone and pinpoint precision metal requires, there is no comparison.” - Danny Marino 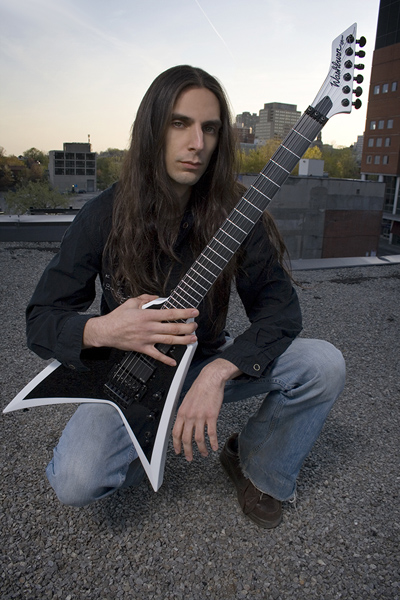