Raw perseverance, determination and inspiration ensure survival. Zach Broderick is the guitarist for Nonpoint, an explosive and angst driven hard rock quartet from Fort Lauderdale, FL., have honed and perfected these survival skills. With over 10 years of successes and downfalls, Nonpoint recently separated from their founding guitarist and departed from their label and management. Seamlessly adjusting to major change, Nonpoint is moving forward with new music an adjusted attitude, an innovative state of mind and fresh surroundings.

One of the notable bands to break through the south Florida metal scene of the late 1990’s, Nonpoint was formed in January of 1998. The current lineup boasts vocalist Elias Soriano, drummer Robb Rivera, bassist Ken MacMillan and Zach.

Known as one of the most powerful, chaotic and brutal bands to destroy a rock stage, Nonpoint has an extensive tour history and a solid reputation. They have toured with major music heavy weights such as Mudvayne, Sevendust, Skindred, Disturbed, Drowning Pool and Buckcherry. The band’s acoustic EP, “Cut The Cord” was released on December 8, 2009. They have also just finished recording a new full length album with Yep! Production’s Chad Gray and Greg Tribbett (also of Mudvayne/HELLYEAH) with an expected release date in 2010. Nonpoint is an adaptable, determined hard rock band who will always win the game we call “survival of the fittest!” 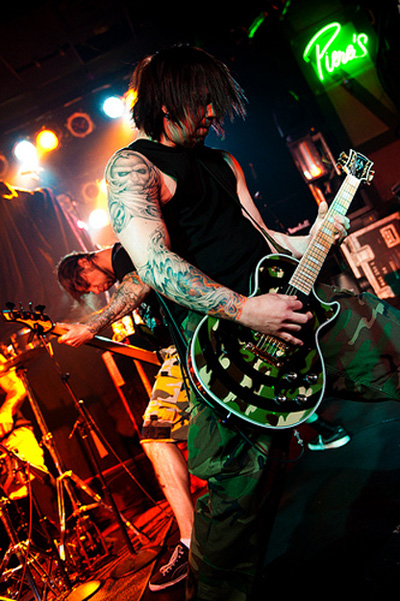