Vernon Reid is probably best known for leading Living Colour. Vernon founded Living Colour in New York City circa 1985 and piloted the band through a remarkable career. Among the highlights: a double platinum-selling debut album Vivid, released in 1988; its gold-certified successor, Time's Up, released 1990; two consecutive Grammy Awards in the category of Best Hard Rock Performance; opening for the Rolling Stones' 1989 "Steel Wheels" tour; and appearing on the first Lollapalooza tour in the summer of 1991. Vernon is thrilled to be working with Living Colour again and they are currently recording a new album for a Fall 2009 release on Megaforce Records with a tour to follow. 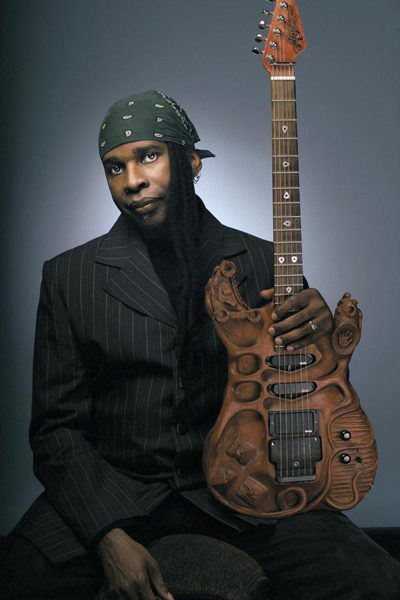