Daisy De La Hoya, originally from Denver, CO has made a huge name for herself as the breakout star of VH1's highest rated reality show "Rock Of Love 2" with 80’s Hair-Band Legend Bret Michaels. Each week as she competed for Bret's love, viewers were able to see that Daisy was more than just a pretty face, one that will be hanging around long after her "tour ended" with Bret.

Daisy got her start in the studio in the summer of 2003 recording bass and backing vocals for Seraphim Shock's highly acclaimed full length album 'Halloween Sex N Vegas". She then exploded onto the national scene in the spring of 04' as the bassist for the band’s "Halloween Sex N Vegas" tours. Her "Take No Prisoners" playing style, catchy vocals, stunning good looks and killer live performances made her an instant favorite with SS fans all over.

Daisy is currently being requested for roles in both television and the film. Daisy is continuing her recording career and will collaborate with major producers and labels in the music industry in the coming months to take her to another level. Her newest demo "Suck It," can be heard now here on her myspace page.

You can currently catch Daisy every Sunday 9/8c, on the Vh1 smash hit, "Daisy Of Love" don't miss it! 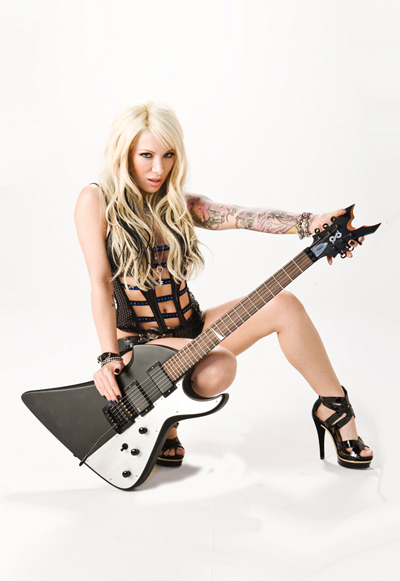