Mogwai are a Scottish rock band from Glasgow. Formed in 1995, Mogwai have since become one of the most influential and best known names in post-rock. Their style has easily identifiable connections to genres like shoegaze, math rock, art rock and occasionally instrumental metal and has been influenced by bands such as Dirty Three, Joy Division, Pink Floyd, The Jesus and Mary Chain, My Bloody Valentine and post-rock pioneers Slint. Guitarist John Cummings plays various EMG models and right now is playing with the EMG H2HZ. 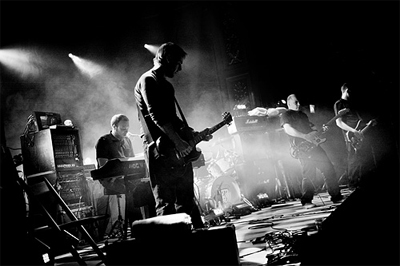