Charlie Simpson is a British musician. He was the youngest member of pop group Busted, and is now the vocalist and guitarist in rock band Fightstar.

Charlie formed Fightstar in late 2003 and has been with them ever since. Simpson has been the focus of mixed opinions from the media and fans alike, ranging from heavy criticism to high praise and respect. A lot of his support has come from the UK's biggest selling weekly rock magazine Kerrang!, in which the editor Paul Brannigan claims that Fightstar's first full length album "'Grand Unification' is one of the best British rock albums of the last decade". Fightstar were also nominated two years running at the Kerrang! awards for 'Best British Newcomer' and 'Best British Band'.

In 2009 Charlie & Fightstar released their new album "Be Human". Look for Charlie our tour this summer using the new EMG X Series pickups. 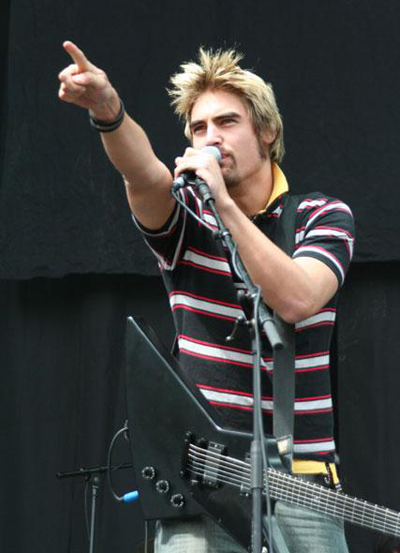