Ben Moody/ We Are The Fallen

Ben Moody started out as the co-founder of the alternative rock band, Evanescence. After leaving in October 2003 during the European tour, he moved on to a solo project and began producing songs for other artists. The list includes Avril Lavigne, Kelly Clarkson, Lindsay Lohan, Bo Bice, Godhead, 3Faced, Daughtry and most recently, Céline Dion.

Ben has released songs on both The Punisher ("The End Has Come") and Fantastic Four ("Everything Burns" featuring Anastacia) soundtracks (the former also features fellow Evanescence co-founder, Amy Lee performing with Seether).

In 2009 Ben formed We Are The Fallen and is comprised of the original members of multi-platinum trailblazing band Evanescence, guitarists Ben Moody and John LeCompt along with drummer Rocky Gray, with enigmatic American Idol finalist Carly Smithson powering the vocal reins of the new group. Respected touring and studio bassist Marty O’Brien (Disturbed and Static-X, among others) rounds out the iconic five-some. The energetic creative engine behind the launch of Evanescence, Moody and the other members of We Are The Fallen found a true partner in Smithson, who always envisioned a band environment as her dream move following Idol. Ben Moody who co-founded the band, was a principal writer of the 15-million selling debut, Fallen, departed Evanescence in 2003. Since that time, he has enjoyed a prolific career as a producer and songwriter. When asked about the formation of We Are The Fallen, he shared, “I am finally home.” Singer Smithson added, “As an artist I have never been happer. Creatively, musically visually, and on a comedic level we are united and together on the same page. We are a family.” 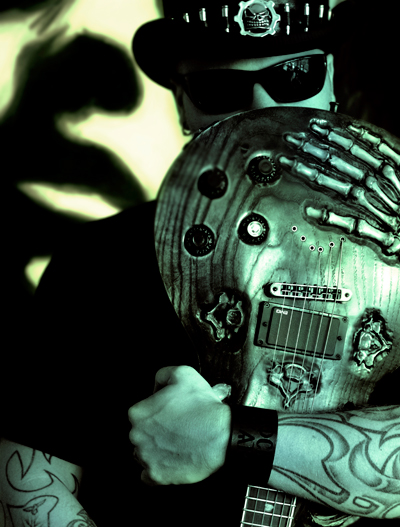