The EMG team is proud to be able to support such spirit and devotion to a dream. Faisal Talal, singer and rhythm guitar player for the band, is excited to come on board with us and is thankful for the support and interest in getting this hardworking band up and gigging again

Make sure you check them out and go see their movie Heavy Metal in Baghdad! 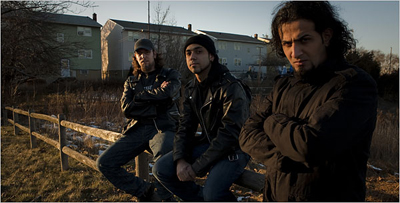