Savannah, Georgia’s KYLESA – whose music defies classification, incorporates avant-garde experimentalism with relentlessly sludgy riffs, drop-tuned guitars and elements of psychedelic rock. The group was formed in 2001 and features former members of Damad, Cobra Kai, and The Mugshots. Bassist Corey Barhorst has recently joined forces with us and plays the EMG-HB with a BQC System and EMG P set with our BQS Control. Look for them on tour soon as they have just issued their fourth studio full-length, Static Tensions. 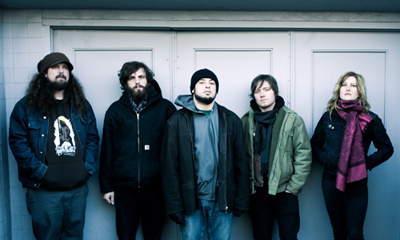