Baroness plays an eclectic brand of heavy metal, embracing the ferocity and sharp technique of new-millennium metal but with melodic accents and intelligent guitar work that suggests the influence of indie rock and post-punk bands. In 2007, Baroness signed with the well-respected independent metal label Relapse Records, and in the fall of 2007 they issued their first full-length disc, The Red Album, followed by extensive touring. Guitarist, John Baizley, plays the EMG-81/85 combo. 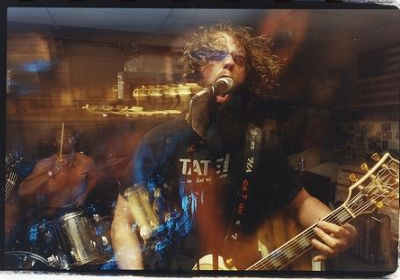