Belphegor has emerged as one of the most extreme line ups to ever come out of the death black metal scene. The band members themselves describe themselves as "Supreme Death/Black Metal Art".

Since 1992, these Austrians have established a committed fan base through a regular stream of releases and commitment to touring. Helmuth, vocalist and lead guitarist for the group proudly uses our 81/85 models and finds them indispensible, along with his Jackson Guitars, for getting him a fast and brutal attack and the monstrous death metal sound that is Belphegor.

Their last album, Bondage Goat Zombie, released on Nuclear Blast, has received great reviews with its take no prisoners, high-speed and astoundingly precise execution. Helmuth and the rest of the band are currently working on a new as yet untitled release which is scheduled for a Fall 2009. 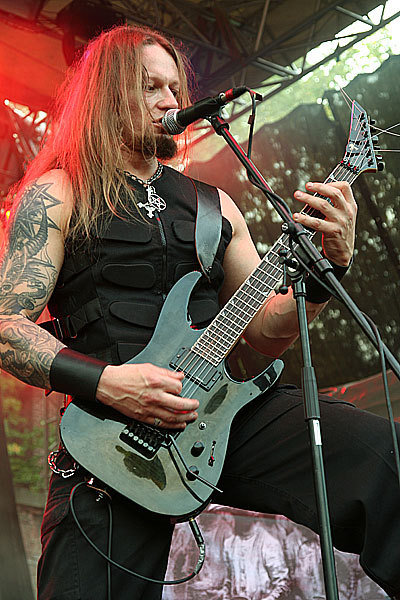