Evan Seinfeld is the bassist and vocalist in the hardcore heavy metal band Biohazard. Evan was also the bassist for the short lived supergroup, Damnocracy, the band featured in the VH1 reality television show SuperGroup, and whose members also include Ted Nugent, Sebastian Bach, Scott Ian, and Jason Bonham.

He is married to adult film star Tera Patrick. He has performed with her in seven films under the name "Spyder Jonez", and also portrayed Jaz Hoyt in the HBO prison drama Oz.

In March 2007, Evan Seinfeld debuted his new band, The Spyderz, as an opening act for a Buckcherry performance. The band was originally named White Line Fever, until it was discovered that a UK band already owned the name. The Spyderz also features bassist, John Monte, formerly of Ministry and M.O.D., and Lead Guitarist Dirrty, and drummer, Lee Nelson.

Evan and Tera appear in a number of celebrity tv series such as E! True Hollywood Story "Rockstar Wives" , G4Tv a day in the life of Tera Patrick, AEE special , VH1's "Greatest Metal Songs", WE's Secret Lives of Women, and many more. 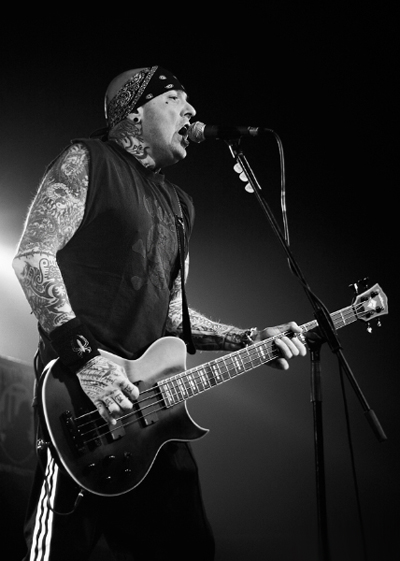