Shortly after the news hit the wires that he would be taking over the duties on bass for the legendary Sumerian Records metal band The Faceless, Evan announced plans to release his first bass-only instrumental solo album ALONE. With a diverse and unique pallet of influences, brilliant technical prowess, and an unconventional approach to music, Evan is set to reinvent the bass guitar in the minds of a new generation of music fans.

As a bass player, Evan can't be pinned to any particular style. Whether he is sitting-in playing funk, jazz, and soul with the Wooten Brothers or contributing to the tech-metal assault of a band like The Faceless, Brewer's signature sound and unmatched versatility are on display. In fact, another mysterious and yet-to-be-released project called Climaxes even features Evan Brewer as a multi-instrumentalist and producer.

While viral videos of Evan playing bass have already captured the hearts and minds of music fans all over the world, his solo bass record ALONE will shock listeners not only with its virtuosic playing but also its amazing listen-ability; these songs are not just shallow demonstrations of his factual capability on the instrument, but they are actually enjoyable, often haunting tunes with serious emotional and artistic merit. The album was produced and performed by Evan Brewer alone and features only bass guitar on every track, a truly unique accomplishment for such a compelling release. 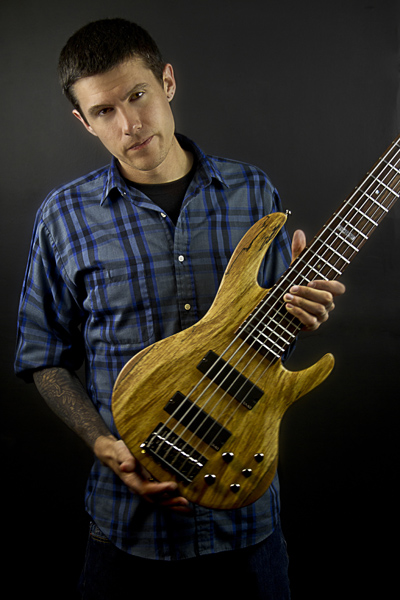