Chelsea Baker is the bassist for Aroarah, a band composed of 4 beautiful and talented young women had a vision of forming their own band while still in high school. With two of them sisters and all best friends, there was no doubt that passion would be the element that fueled their music. Lydia's warm, haunting, chill-delivering voice pairs perfectly with Morgan's guitar melodies and heavy metal shrieks. Chelsea explores the bass with an essence of mystery and Mackenzie, a self-taught perfectionist, performs with a fiery grace.

Chelsea is currently signed to Boondock Records. Find out more about Chels and her band Aroarah at www.boondockrecords.com 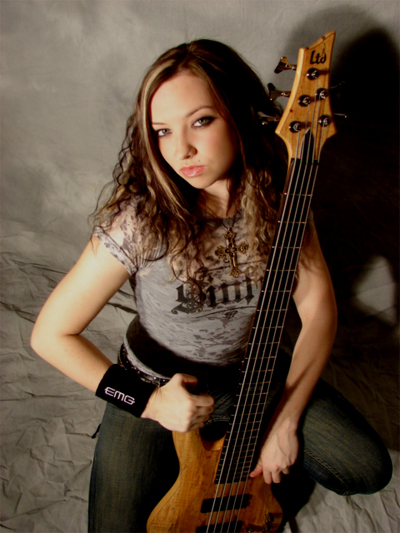