Frédéric Leclercq is best described as the 'multi' man; multi-instrumentalist (guitarist, bassist, keyboardist, vocalist), multi-styles (death metal, heavy metal, speed metal, thrash metal, rock, classical, glam, black metal), multi-languages (speaks French, English, German and some dirty words in almost every language), and of course multi-bands! Currently singer, guitarist and main man in his band Maladaptive, he also plays session for various bands and used to play keyboard then guitar in the French band Heavenly, not to mention his appearances here and there on various records in the music scene.

Now, Fred adds another great band on his list: DragonForce. This talented, passionate young French man has known Herman from the 'force for over 5 years and was asked to help out on bass for their North America and Japan shows.

Fred displayed so much skills and professionalism on the shows in North America and Japan that he was asked to become DragonForce's permanent bassist. Fred accepted without hesitation.

Fred has his own signature FL600 ESP Bass featuring the EMG-P4 + BTC Control. 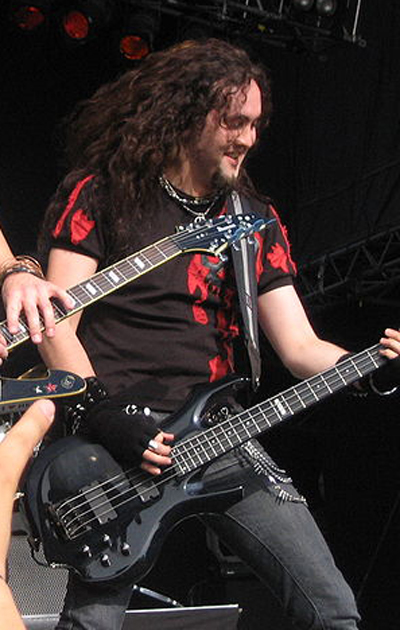