Vader is one of the best-known European death metal bands utilizing a style of death metal different from that of their American counterparts (most of which utilize the template created by Morbid Angel/Death, etc). Vader occasionally diverges from this though, and plays diminished, augmented, and minor scale solos. The band is also different in that guitarist/vocalist Piotr Wiwczarek's vocals do not follow the standard sound widely considered traditional for death metal. While his vocal delivery remains extreme, it is a much throatier approach, giving him the ability to enunciate words more clearly than most death metal vocalists. Guitarist 'Mauser' plays the EMG 81X/60X combo 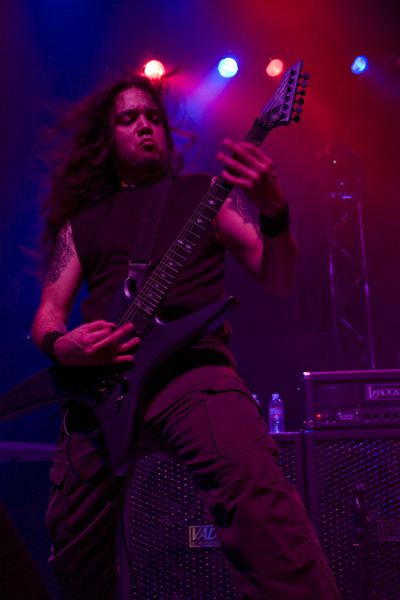