A career span of more than three decades, multiple Grammy and Latin Grammy Awards, millions of records sold, extensive concert tours all over the world, have made Los Tigres Del Norte international legends. Known for their Norteno/Conjunto form (a Latin style featuring accordion that originated along the Texas border region), Los Tigres del Norte have been able to portray "real life" in a manner that most of the Americas can relate to, but also injects a message of social responsibility and activist thinking that have led to them being hailed as "the most influential regional Mexican group" (Billboard) and "the genre's greatest statesmen" (The New York Times). Many of their most popular songs consist of tales, or corridos, about life, love, and the struggle to survive in an imperfect world. Founding member and Bassist Hernan Hernandez plays the EMG-J set and loves them for their solid tone and crispness. 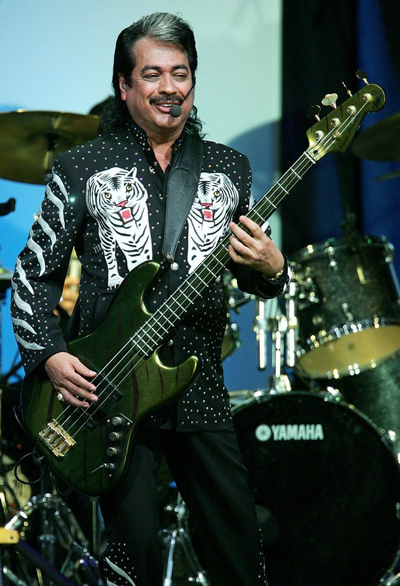