Guitarist Eric Peterson is one of the founding members of the thrash metal band Testament. Eric has also formed a side-project black metal band called Dragonlord, in which he plays guitar and also sings.

In Testament, Eric was originally a rhythm guitarist while Alex Skolnick handled all lead work. Recently though, on Testament's new album The Formation of Damnation, Eric plays leads as well as Alex.

Eric's main guitars have been Gibson models for most of his career in Testament, primarily a black Explorer model and a Les Paul. Recently however, he is now endorsing Dean Guitars and has a new Dean Guitars - Eric Peterson Signature Old Skull V Guitar that features the EMG 81/85 combo. 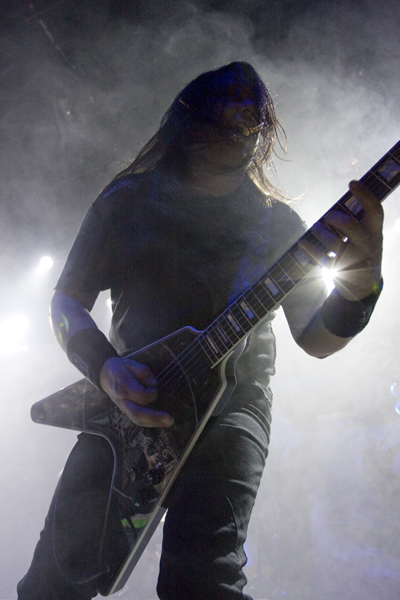 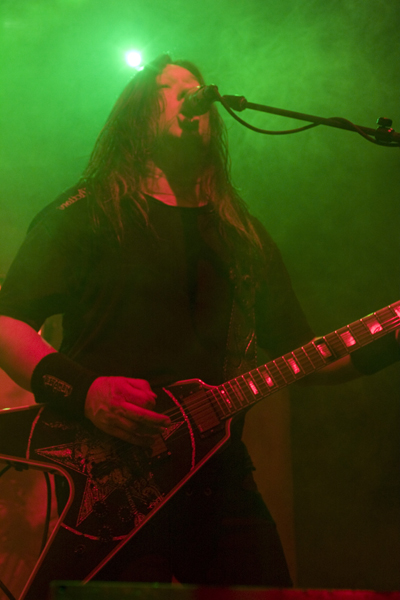 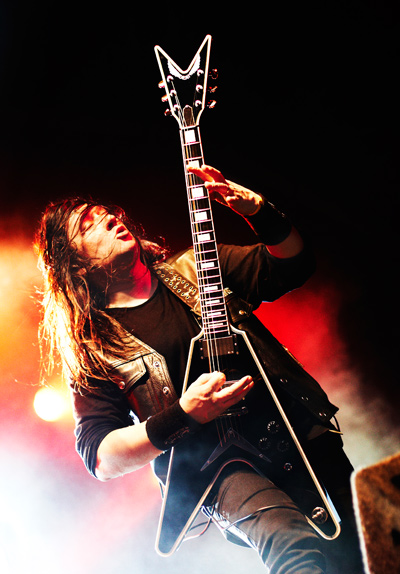 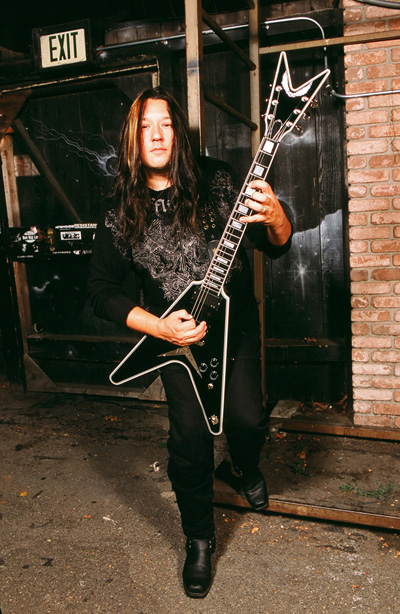